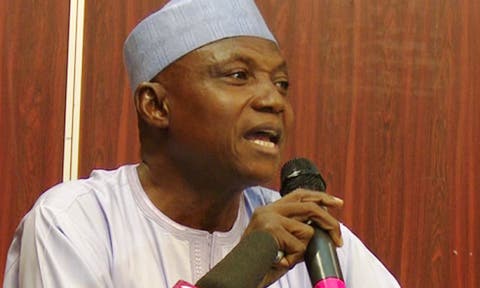 The Presidency has asked Nigerians to prepare for surprises as the panel probing the suspended acting Chairman of the Economic and Financial Crimes Commission, Ibrahim Magu, gets ready to submit its report.

The Senior Special Assistant to the President on Media and Publicity, Garba Shehu, said this on Channels Television’s ‘Politics Today’ programme on Sunday.

Responding to a question on claims by Magu’s lawyers that the probe was a witch-hunt, Shehu said, “I guess this is a question for the Justice Ayo Salami panel and I must say that panel is composed of some of this country’s most honoured people with integrity who will do the right thing.

“I am not going to pre-empt the panel investigation but I just advise Nigerians to hold their hearts in their hands. By the time they are done with this job and they come out with the reports, prepare yourselves for surprises.

“I don’t know what will come out but if the sense we are getting from what is being done over there is anything to go by, I think that Nigerians should not be confused by any outbursts by anybody.”

The panel, led by Justice Ayo Salami, is investigating over 20 allegations levelled against Magu.

Meanwhile, the Peoples Democratic Party caucus in the House of Representatives has threatened the President, Major General Muhammadu Buhari (retd.), with impeachment if he fails to address the crisis rocking the Niger Delta Development Commission and the EFCC.

The PDP caucus also condemned the face-off between the legislature and the executive on the recruitment of 774,000 Nigerians for public works, likening the jobs to Automated Teller Machines.

The chairman of the caucus, Mr Kingsley Chinda, in a statement on Sunday, asked the leadership of the National Assembly to take back the independence of the parliament from the executive arm of government.

Chinda said, “Further, and in light of the foregoing, we give the executive four weeks to provide security to Nigerians and commence proper cleaning of the embarrassing and notorious corruption cases – (in the) EFCC and NDDC – or we shall revert to the relevant sections of the constitution and commence impeachment proceedings in the interest of Nigeria and Nigerians.”