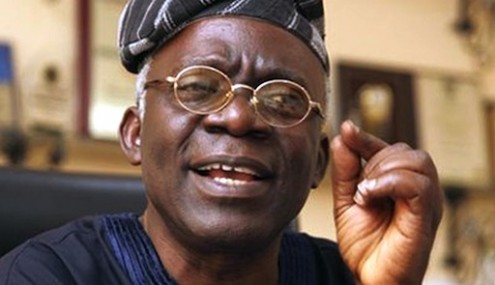 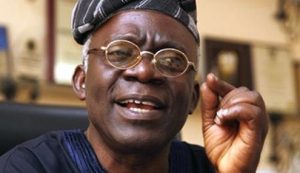 Human Rights lawyer Femi Falana says the call for revolution is not new in Nigeria as many political leaders had called for revolution at one point or the other.

He said Nigerians called for revolution during colonial rule but unlike now, none of the agitators was charged with treason for it.

Mr Falana spoke on Monday at at a symposium organised by Coalition for Revolution (CORE) in Lagos.

“Let the authorities in Abuja know that call for revolution is not new. Political leaders in this country have been calling for revolution and nobody charged them,” he said.

“When Nigeria was at this stage in the 1940s, a group of young Nigerians, the Zikists, gathered at Glover Hall (Lagos). Their leader, Osita Agbonna, delivered a lecture titled “A Call For Revolution” and those who shared the same thoughts with them were arrested and charged with sedition, that they were trying to embarrass the colonial regime. They were not charged with treason or treasonable felony.”

He also said the condoning off of the venue for the symposium earlier on Monday by the police and the State Security Service reminded him of the era of military dictatorship.

“When we were outside and were told the symposium will not hold, my mind went back to 30 years ago during the Babangida and then the Abacha junta when we could not meet. We defeated both dictators and I can assure you that any other dictator will not be allowed to rear his ugly head.”

He said the government knows those disturbing the peace of the country.

“The Buhari administration knows those who are breaching the peace of Nigeria. Terrorists, armed robbers, herdsmen, coup plotters and others. Those who went on the street to protest in exercise of their right to assembly and complain against injustice, corruption and maladministration in our country cannot be said to have breached the peace in our country. ”

Mr Falana also charged members of the Revolution Now movement to persevere, noting that revolution is a long and tedious journey.
“A revolution, like Chairman Mao Tse Tung said, is not a dinner party. A revolution is a very serious, rigorous and consistent battle for the soul of a country.

“What you have done is mere declaration of intention. The journey is going to be intense, take time, but I believe we have started and there is no going back,” he said.

Saliu Akanmu, popularly called Iya Onifufu, the 70-year-old woman brutalised by the police at the protest by the movement in Osogbo, called for the release of everyone still in detention, including the convener of the protests, Omoyele Sowore.

She said people like her are tired of the economic hardship in Nigeria and will support anyone trying to enforce change in the system.

Seun Kuti, son of Fela, the Afrobeat legend, asked if the Nigerian people were willing to pay the price of freedom.

“My problem with the call for revolution is that it was tagged “Revolution Now” instead of “Freedom Now” because all we truly want is freedom. But again, I ask, are we willing to do the same thing we do for petty cash for our freedom?”

He also said it is cowardice to be law-abiding under oppression.

“What is it to be law-abiding in a society that oppresses you other than an euphemism for cowardice and submission?”he asked.

Other activists at the symposium include Femi Aborisade, Achike Chude of Joint Action Front and Martins Onovo.

Police officers watched until the end of the programme in four police vans, a car and a bus.

The officers insisted that members of the movement removed all memorabilia related to the movement, including banners and berets before moving out as any display of such would be seen as an attempt to protest or incite the public.

For hours before the symposium, the security officers condoned off the venue of the symposium until the arrival of Mr Falana when they allowed access to the venue.

A must read: I died, came back to life with message from God – Deeper Life woman