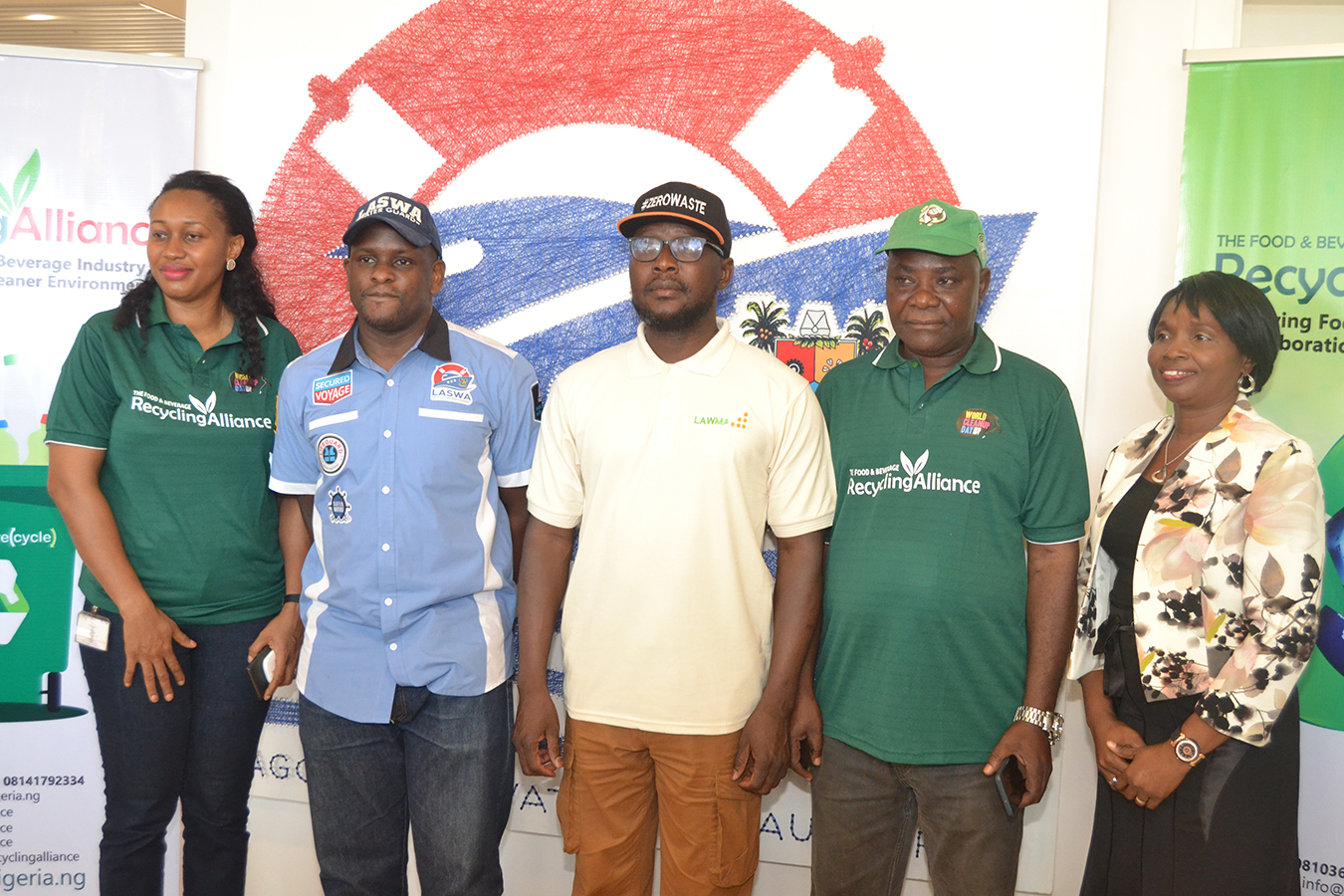 Mr. Adekunle Olusuyi Vice Chairman FBRA, who led the delegation of the alliance expressed satisfaction on the progress made so far with the partnership kick off with Lagos state government through LAWMA and LASWA.

“The Alliance aims to turn the current challenge of plastic waste in Nigeria into an opportunity to create jobs and commercial activity by improving the collection and recycling of plastics even on our water ways,” he said

The donation which took place at the Ikoyi Jetty of the LASWA office on Monday, according to Amaka Onyemelukwe, FBRA’s Technical Lead, signifies the official kick off of the partnership between the alliance and the Lagos State government against the background of the Memorandum of Understanding, MOU signed last year.

Under the MOU, FBRA will provide funding for equipment, gears and personnel training, while Lagos State government will be responsible for structural civil works, managing execution, personnel, waste sorting centres and enforcement.

Amaka explained further that the project will create awareness and awaken the consciousness of the public on the need to rid of the waterways of marine plastic and waste.

“The long term objective is to have our waterways cleared of all sorts of  marine waste  and when this is done  we would have a safe and clean waterways were all  habitats of aquatic life  would be sustained  and our water transportation would be seamless as canvassed by the government,” she said.

She stressed that the aim of the partnership with the government is to be able to enforce behavioral change that would be imbibed by the target audience, adding that the future of the alliance is very bright.

In his remarks, LAWMA’s Managing Director, Muyiwa Gbadegesin, commended FBRA and the partnership, noting that “it will add value to the ultimate goal of having a clean waterway in the metropolis if not total but definitely to the barest minimum.”

Mrs. Belinda Aderonke, Permanent Secretary, Ministry of the Environment and Water Resources, who was represented by Mrs. Collins Oluyomi lauded the initiative of the partnership that is being championed by FBRA.

She stressed further that the initiative will reduce waste on the waterways and equally serves as means of awareness, sensitization and education of the citizens and residents of Lagos State.

According to her, the initiative will create “massive awareness on sustainable practice and a change in the lifestyle of the citizen of the state for a cleaner Lagos.”