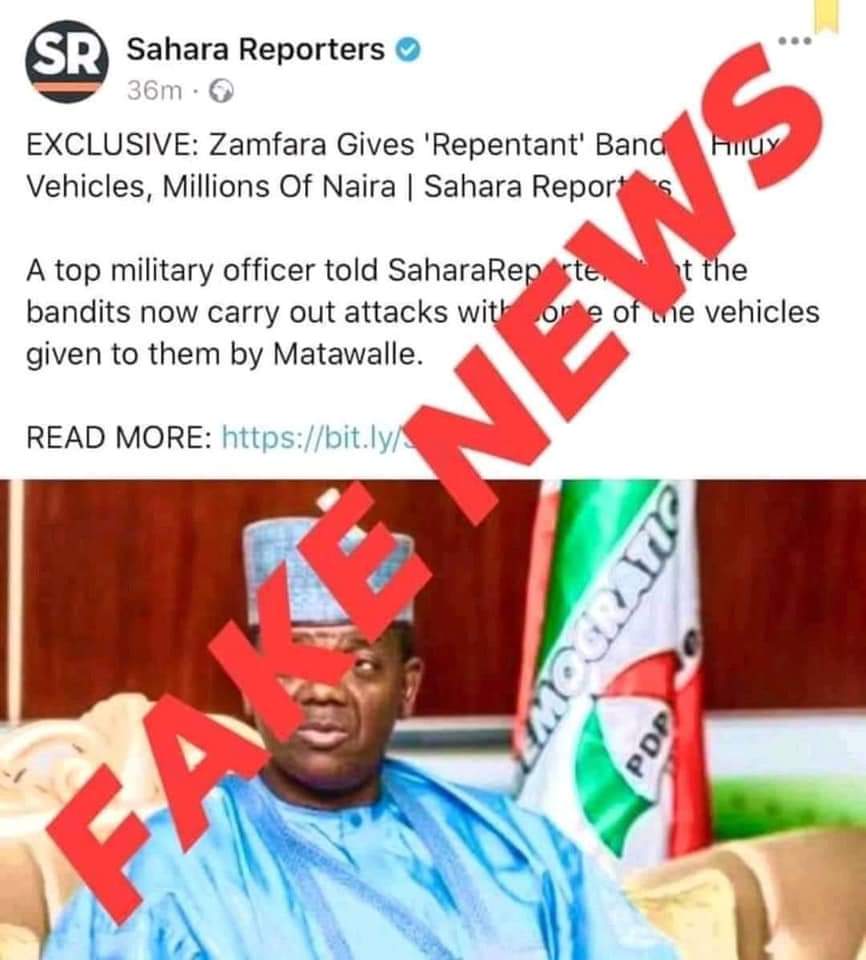 The attention of Zamfara state Government has been drawn to a jaundiced crap called a story by Sahara Reporters where the medium alleged that His Excellency Governor Bello Mohammed (Matawallen Maradun) has given 15 Hilux vans and ‘millions of naira’ to repentant bandits who in turn, are now using the same vehicles to attack innocent communities in the state.

As the ethics of journalism provides, allegation such as this requires balancing from the accused before publication. However, either due to carelessness, Quackery or sheer mischief, the medium went ahead to publish this story, obviously sourced fron the enemies of peace in the state without balancing from the side of the Government.

To disabuse the minds of those law abiding and patriotic Nigerians, Governor Bello Mohammed used from the meager resources of the state Government to purchase 200 Hilux vans in support of Security operatives in the state. These vehicles were duly distributed to all security agencies in the state under the supervision of the Inspector-General of the Nigeria Police . The beneficiaries included the Military, the Police, the Customs and Excise, the Immigration Services, the NDLEA, the NSCDC, the FRSC, among others.

With all the programs of the Government towards peace in the state, at no time it gave vehicles or money to the so-called repentant bandits because there was no agreement to such. This is thus, a wicked allegation ond simply a figment of the writers imagination or an intended machination to discredit the administration of His Excellency Governor Bello Muhammad and undermine the peace effort rt in the state.

The state Government also calls on the Nigerian Military to require Sahara Reporters to substantiate their faceless and distinctly imaginary so-called Military officer source of this story because it borders on peace and is a matter of life and death of innocent citizens or face required discipline.