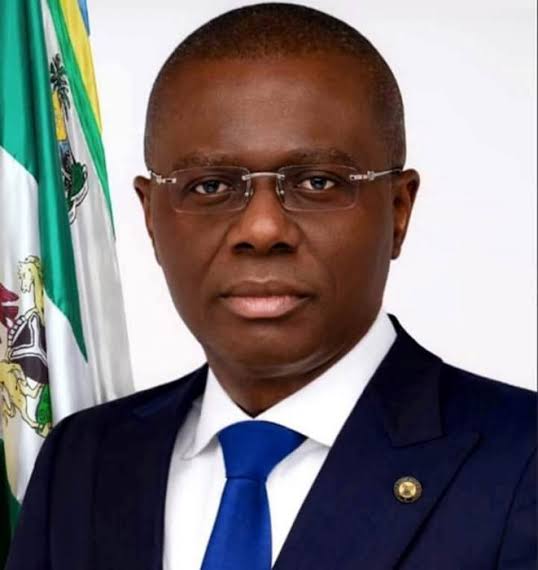 With Governor Sanwo-Olu, it is obvious that good people make good places. Therefore, Lagos will certainly become better and greater under his leadership. His sense of purpose is steadfast enough to bring alive the vision of a greater Lagos. His efforts thus far are masterstrokes and suggestive of the masterpiece Lagos will become as envisioned in the THEMES Agenda.

Without purpose, life is meaningless. With insight, our path is illuminated. When purpose and insight are embedded attributes of anyone’s life, such an individual will not only inspire others, but serve God through humanity.

In the race of life and our quest to own the world we did not create, only a few mortals remain led by insight and driven by purpose. While many see their time on earth as a race in the service of mankind, others are carried away by life’s privileges, especially the temporary opportunities that come their way.

Thus, they miss their paths and wander on the highway of vainglory. It is not unnatural for humankind to get missing in the pursuit of phantasm. Yet, this failing does not constitute a reason for judging anyone. However, we are compelled to reflect deeply when certain individuals with privileges, influence and power deliberately understate them to remain human. Their ways compel us to ask the question, ‘what life is really about?’.

The outlook of the limited individuals in this category contradicts the reasons why we crave power, pursue outstanding success or exceptional wealth. It is indeed paradoxical that after acquiring ‘temporal omnipotence’, these people are still extremely humble, empathetic and authentic. These dispositions are a rarity after ‘conquering the world’, but when you find them at the foundation of the heart of a leader, then there is something really exceptional about him or her.

It is Governor Babajide Olusola Sanwo-Olu’s 55th birthday on this earthly plane, having been born on Friday, June 25, 1965. This occasion presents a veritable opportunity to discuss and present the ‘limited in circulation’ aspect of an outstanding and purposeful leader.

The governor belongs to the small class of people who deliberately understate their privileges, influence and power to remain connected to the society and their friends. Consistently, he shows introspection in his conducts and engagements with people of different categories, which gives hope and encouragement about the beauty ahead of them.

With the office he occupies, there is no gainsaying that life has been kind to him. But instead of getting lost in the oblivion of self-importance, Sanwo-Olu remains awake to the impermanence of the exalted seat that has increased his endearment to humans, with a fixed gaze on God for wisdom and continuous guidance on his assigned responsibility of leading Lagos to greatness.

It may be briefly, but I have seen the governor in two different roles. Initially as an aspirant to the exalted office of the governor of Lagos State, when his passion for service took him to every nook and cranny of the State, canvassing for votes and engaging people with solutions to some of the challenges facing them.

Even though Lagos was an All Progressives Congress (APC) dominated-State, he left no stone unturned in chasing his vision and constantly sought the face of God. He demonstrated that faith without work is dead, just as he proved that vision is more important than sight in achieving aspirations. Day and night, he worked really hard to convince Lagosians about his seriousness and readiness for the office.

Subsequently, he was elected as the 15th governor of Lagos State. The ceremony that ushered him into office signalled the responsibilities of the life ahead of him as the governor of Africa’s most populous city and fifth largest economy. On that glorious day, it rained heavily, which affirmed that God is with him on the journey of leading Lagos to greatness.

Undeniably, the occasion was so beautiful that it could stoke the embers of envy and inadvertently attire him in conceit, if temperance was dead. But none of these will happen because Sanwo-Olu has made himself everybody’s governor, willing to listen and ready to act.

Since his inauguration a year ago, the governor has become the model for how to control power and make it subservient to the people. We all know that power can be likened to a rabid dog, imbued with riotous energy to shield its owners from the truth and isolate them from humanity, but Sanwo-Olu has remained accessible and connected.

As governor, he dropped the title of ‘Your Excellency’ and chose to be addressed as ‘Mr. Governor’ because he reflected that no man is excellent, no matter his status in the society and enormity of his wealth, except God.

On that subject, he once jokingly said, “Let us agree that it is true that the red ink that flows from the pen of a governor is powerful enough to sign ‘life to death’, but have you people also thought about the power in the blood that has been signing ‘death to life’ from the beginning of the world? The power in that blood can also take life from the living, but the ink from a governor’s pen cannot bring the dead to life”.

“You people need to understand that position is a privilege and power is temporary. How well you impact humanity with the opportunity fate has bestowed upon you is what is actually important and that should drive every leader. Let us not encourage a culture of executive arrogance and mislead people into thinking that they are semi-gods. Well, for me; only God, the Almighty, is excellent”.

The exchange was not strange because that is how he engages freely with everyone. However, his words were heavy and intriguing. While the conversation provided reliable avenues for peeping into the workings of his gracious mind, it also forced every participant in the conversation into moments of deep reflection.

Clearly, he had his own contemplations decades before this great moment. Otherwise, he would not have been able to effortlessly arrest power with his uncommon humility. The manner he judiciously dispenses power and asserts his authority with consideration, further proved that he came prepared for this office. He masterfully de-emphasises ‘You’ and emphasises ‘We’ in his dealings because he is a fervent believer in the impressive outputs of synergy.

I may not have noticed his shortcomings, but he alerts us to his own imperfections each time he says, “You guys should work on yourselves. You need to aspire to get better. I am also working on myself. I want to be better every day”. This is candour. This is humanity. The essential Governor Sanwo-Olu. I want to say to Mr. Governor, this is the leadership that inspires us and motivates us to surpass ourselves. So that he knows, that conversation is like an adrenaline booster, it keeps us awake and alert for weeks.

Everyone knows that perfection is not a human attribute, but that it is a daily journey for Sanwo-Olu is quite inspiring. This is also evident in the way he handles awkward moments. Not out of weakness, but as an expression of a mastered temperament to keep power under control, he intentionally mortifies himself.

As a leader, through his deeds and actions, Sanwo-Olu has shown that power is not actually dangerous, it is human beings that get dangerous with power, because they tend to lose self and sense of empathy as a result of its intoxicating influence.

With Governor Sanwo-Olu, it is obvious that good people make good places. Therefore, Lagos will certainly become better and greater under his leadership. His sense of purpose is steadfast enough to bring alive the vision of a greater Lagos. His efforts thus far are masterstrokes and suggestive of the masterpiece Lagos will become as envisioned in the THEMES Agenda.

As Mr. Governor marks his 55th birthday today, I wish him long life and prosperity. I pray that God will continue to grant him wisdom and uphold His covenant of excellence with him. Always remember that “The highway of the upright leads away from evil; he who guards his way protects his life”, Proverb 16:17.

Sanwo-Olu at 55: We Have A Governor Truly Leading Lagos – Speaker Obasa