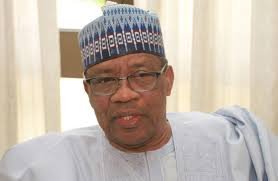 According to a statement issued by Ike Abonyi, his media adviser, in Abuja on Sunday, that former leaders were speaking out about the lacklustre performance of the ruling All Progressive Congress (APC) “it’s a confirmation of what the PDP has been saying all the while that the ruling party lacked the democratic wherewithal to lead the country,”

The party boss said the PDP was working  hard  to regain power in 2019 and save the country from collapse.

Prince Secondus spoke to party supporters who came to receive him as he arrived Asaba, Delta state on Sunday.

The PDP chairman maintained that APC has failed woefully and Nigerians were now yearning for real democrats which PDP with its experience was the only viable option.

According to him, the ongoing rebuilding and repositioning in the PDP now was aimed at rebranding the party to meet the challenges ahead.

Secondus told Delta PDP members to support Governor Ifeanyi Okowa who he observed was transforming the state and ensure that the strength of the party remained with the people.

“Delta is a PDP state and will remain a PDP state because through the party the state has experienced phenomenal development,” he said.

He urged the people to go get their PVC, which reminded them was their real instrument of their power.

Secondus charged members across the country to brace up and respond to the wish of Nigerians by chasing  the APC out of their political life.”