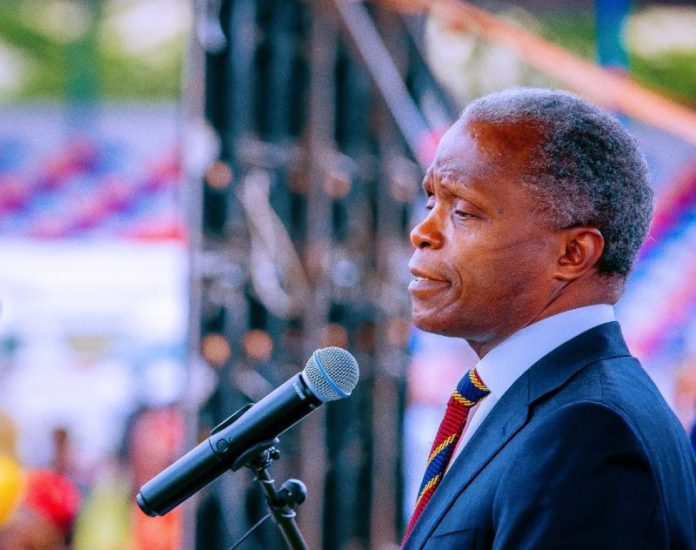 Vice President Yemi Osinbajo: Is being accused of being docile

Minister of State, Labour and Employment, Festus Keyamo has revealed the intention of those castigating Vice President Yemi Osinbajo as being ‘docile.’

Tongues have been wagging over President Muhammadu Buhari’s appointment of a new acting Inspector General of Police, IGP, Usman Alkali Baba while Osinbajo was still in Imo State with the former IGP, Mohammed Adamu.

Adamu was removed without Osinbajo knowing, as he was in Imo while Buhari who travelled for medical check-up abroad took the decision without his knowledge.

Many criticized Osinbajo as being docile.

But Keyamo said the reason why Nigerians were criticizing him as being docile was to egg him on to rebel against his boss.

He said they knew he is dutifully performing his constitutional roles.

Keyamo described them as anarchists who would wish the government of Buhari crumbled.

In his words: ”The intention of those castigating the VP as being ‘docile’ is to egg him on to rebel against his boss.

“They know he’s dutifully performing his constitutional roles, but these are ana rchists who would wish this govt crumbles. The dutiful VP has failed to fuel their warped fancies.”