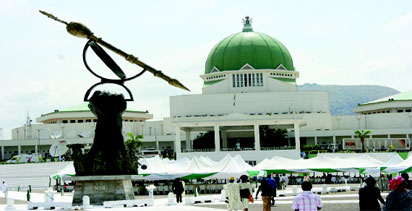 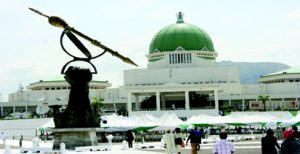 THE Senate has begun investigation into the management and utilisation of the $1.2 billion loan facility obtained by Etisalat (now 9mobile) Nigeria from 13 banks.

According to the Senate, the telecommunication company has in recent times been in the public eye over its $1.2 billion loan crisis. It also said the syndicated loan was obtained in 2013 as a medium-term, seven-year facility to fund expansion of the network from a consortium of 13 banks in Nigeria. Against this backdrop, the Senate, yesterday, mandated the Joint Committee on Banking, Communications, Capital Market and National Security and Intelligence to urgently investigate the matter. It asked the committee to make recommendations on ways the Nigeria Financial Governance Structure could be strengthened by legislation to prevent a recurrence, urging the relevant financial intelligence agencies to investigate the management of Etisalat Nigeria and hold the defaulting parties accountable for their actions. Resolutions of the Senate, yesterday, were sequel to a motion by Senator Adeola Solomon Olamilekan (APC, Lagos West), entitled, “The need for Senate’s intervention in the recent Etisalat (Nigeria) $1.2 billion debt crisis.” Earlier in his presentation, Olamilekan recalled that “the syndicated loan was acquired in 2013 as a medium-term, seven-year facility to fund expansion of the network from a consortium of 13 banks in the country.” According to him, “the Etisalat ownership comprises three shareholders, including the United Arab Emirates Sovereign Wealth Fund through Mubadala Development Comp Abu Dhabi (45 per cent), Emirates Telecommunications Group Company (40 per cent and Myacinth (15 per cent) through Emerging Markets Telecommunications Services.” He, however, noted that “as of 2016, the company had started defaulting on its $1.2 billion loan obligations, leading to a few bailouts from its parent company in Abu Dhabi. “ That the Senate understands that only about 42 per cent of the loan has been repaid, remaining an outstanding debt of $696 million, representing 58 per cent of its capital, which Etisalat has failed to service since 2016. Since this year, the banks have been moving to take over the telecommunications company in order to recover their funds.” The Senator stressed the need for Nigerian business environment to be protected and insulated from all forms of fraudulent dealings to advance the government’s drive towards promotion of genuine investments in the country. While lamenting that about 4,000 jobs were at stake as a result of the suspicious dealings, he said the decision of the core investors to pull out of Nigeria raised issues of suspicion on the intent of a company in obtaining a loan facility, defaulting and then pulling out of the country, hoping that their shares would be used to write off the debts. In his remarks, Senate President, Dr Bukola Saraki, who noted that corporate governance needed to be strengthened by legislations to prevent any similar reoccurrence in the future, however, urged the joint committees to discharge the assignment creditably and on time.