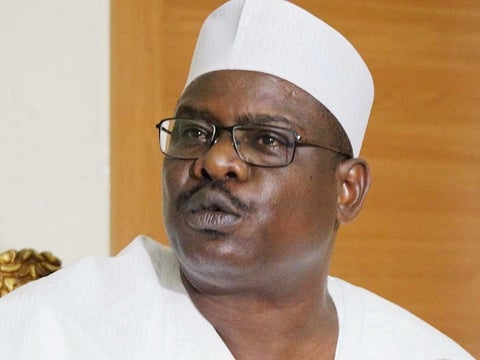 In a text message to journalists, Ndume noted that it was a hard decision for him to take, adding that Maina was one of his constituents who required a serving senator to stand for him.

The lawmaker said he had to take the decision because he stood for the good, the bad and the ugly in Borno State.

Ndume, who is the Chairman, Senate Committee on Army, said the offence the former Pension Reform Task Team leader was being tried for was a bailable one, adding that he was not against what the court was doing.

According to him, if Maina is found guilty of the offence, he should be sentenced.

Ndume said: “It took me over six months to agree to be his surety. First, the bail condition requires a serving senator and I happen to be the one. Second, his health condition is deteriorating and needs special medical attention.

“Third, his offense is bailable and lastly, I am not saying the court should discharge and acquit him. If he is guilty, he will be sentenced.

“It was a hard decision I had to make. I have a duty to represent the good, the bad and the ugly of Borno South. May Allah guide us to the right path. Ameen”

Ndume had on Tuesday, agreed to stand surety for the embattled Maina, who is facing trial over his alleged involvement in money laundering.

Recall that the former pension boss had since October 25, 2019, remained at the Kuje Correctional Center over his inability to perfect some of the conditions the Federal High Court, Abuja, gave for his release on bail.

The Economic and Financial Crimes Commission, EFCC, had alleged that Maina used a firm, Common Input Properties & Investment Limited, to launder funds to the tune of about N2billion, part of which he used to acquire landed properties in Abuja.