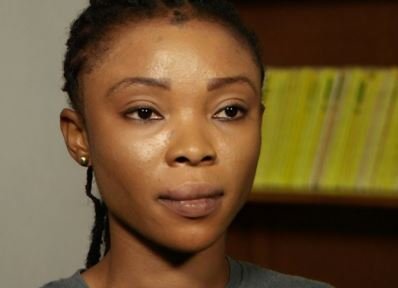 FRESH facts emerged on Saturday that Obafemi Awolowo University, Ile-Ife, is yet to award sexual harassment victim, Monica Osagie, a master’s degree because she has not fulfilled the necessary requirements.

The university claimed that Osagie failed a Mathematics course which cannot be waived.

Although she had failed the course twice, the university Senate decided to give her a third chance in view of the peculiar nature of her challenge.

But she allegedly wanted to be awarded the degree, having established a sex-for-grade scandal.

Also, the university said the Vice Chancellor’s meeting with the jailed lecturer, Prof. Richard Akindele, was not to persuade him to go on sabbatical leave.

Akindele had offered to resign but the VC insisted he should defend the allegations against him since he claimed he was innocent.

These details are contained in a tell-it-all brief made available to The Nation by an OAU top official.

The brief explained how the university management pardoned Monica and all students who failed to register on time.

It clarified that after the pardon, Monica’s studentship was regularised after paying the required fees.

The top source, in the brief, said: “It is true that Miss Monica Osagie was not a registered student of OAU by the time she took the exams, but she later paid the required fees and her studentship was regularised.

“This was disclosed to ICPC in the course of investigation and was never part of the reason for not issuing a certificate.

“Miss Osagie was not the only student that failed to register, and all the students affected were pardoned. Why would the university single her out for punishment?

“Referring to the issue is just to whip up sentiments and mislead the reading public.

“Around March 2020, her solicitors also engaged in similar publicity. We wanted to respond but the university was advised that it could further traumatise Miss Monica Osagie to read her academic performance on the pages of newspapers after what Professor Akindele did to her.

“We may now have to respond publicly to these innuendoes, if only to put the records straight and disallow this matter from distorting the hard stance of OAU on anti-sexual harassment and other social vices.”

The source, in the brief, explained that the post-graduate student failed a Mathematics course which cannot be waived.

The source added: “The course that she failed was not Professor Akindele’s and she had failed the course before the Akindele saga.

“She repeated the course while the Akindele issue was on and failed a second time because she never attended any class (which was understandable because of the prevailing circumstances at the time).

“In-course assessment constituted 40% of the final mark. Although only two opportunities are allowed, we agreed with ICPC that she will be allowed to take the course for the third time, with a waiver from the Senate and under the full protection and supervision of the university management.

“We promised that she will be assisted with all facilities available. The course she failed is mathematical and her first degree is in the arts, hence the need for her to have the lectures becomes essential.

“The ICPC, I am sure, communicated to her solicitor the willingness of the university to give a waiver, but what she wanted is to be awarded a degree for which she has not fulfilled the necessary requirements.

“There is no reputable university that will condescend to that level and OAU will definitely not award such a degree.

“OAU will continue to champion the anti-sexual harassment campaign and no amount of negative incursions will discourage us.

On what transpired between the VC and the jailed lecturer, Prof. Akindele, the brief said the VC never asked him to go on sabbatical leave to cover up.

The university admitted that although the VC met with Akindele at the VC’s Lodge, their discussions only bordered on the lecturer’s plan to resign.

The VC said since Akindele was sure of his innocence, he should go and defend himself before the panel set up by the university.

The source added: “It is particularly disheartening to read in a report that “In a statement Akindele made before ICPC, he said the VC instructed/advised him to go and apply for his ‘two years accumulated sabbatical leave’ so that he would go away and by the time he comes back, the whole noise would have died down.”

“This must either be a figment of the imagination of Akindele (if he actually said that) or that of the writer of the article if he made it up.

“The truth is that Akindele came to the VC at the lodge to request that he “be allowed to resign from the university” and the VC told him it can never happen under his watch.

“Since a panel had been set up for him and he claimed to be sure of his innocence, he should go before the panel to defend himself and prove his innocence. He will be free to resign only if the panel returns a verdict of not guilty and Council upholds such a decision.

“It is surprising that the writer never asked for the views of OAU except for a telephone call to the PRO yesterday night, asking why Miss Osagie has not been issued her certificate.

“There are a lot of distortions, inaccuracies and half-truths in the sponsored article. The article has definitely maligned and defamed the VC and OAU in a manner that has never been done before.”

The Independent Corrupt Practices and Other Related Offences Commission (ICPC) is currently probing the circumstances behind the withholding of the results of Monica Osagie, three years after she was sexually harassed by Akindele.

The Professor of Management Accounting was jailed by Justice Maureen Onyetenu for 24 months in 2018 for soliciting for sexual benefit from the female student to pass her in his course He pleaded guilty to four counts filed against him by the Independent Corrupt Practices and Other Related Offences Commission.

Although Akindele completed his jail term in April 2020, OAU is yet to determine the fate of Monica Osagie.