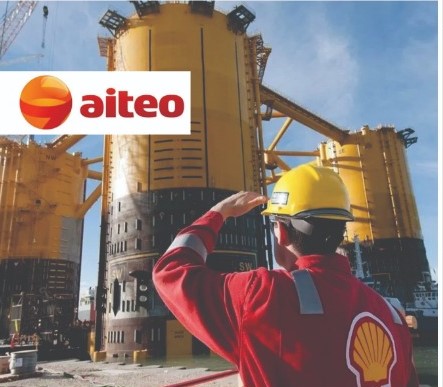 The groups and their members, numbering over a thousand who gathered in Abuja, told journalists that information at their disposal indicated that the development was meant to divert attention from the international oil company’s role in the missing 16 million barrels of crude oil.

Stating that the missing crude oil had deprived Nigeria of the needed revenue to fix the country, the aggrieved groups, including human rights organisations, maintained that the authorities must focus on getting to the root of the matter, rather than being distracted by the alleged plot.

In a joint statement, read on behalf of the conveners by Mr Tochukwu Ohuzuruike, a lawyer, and Mallam Kabir Yusuf, the groups said that the latest attempt was aimed at diverting attention from crude theft allegation and sabotaging the efforts of President Muhammadu Buhari to raise the nation’s oil revenue.

They reiterated their earlier position that the Department of Petroleum Resources (DPR), having conducted an investigation, discovered that Shell deployed an unapproved metering system totalling over 2 million barrels of oil which the agency asked Shell to refund to the affected companies.

The groups said that they were of the view that the unapproved metering system Shell deployed was such that it gave inaccurate figures of the actual volume of crude pumped to the terminal.

According to them, since the allegation broke, Shell had been doing its best to divert attention, obfuscate facts, deflect all efforts at getting to the truth and sponsor an international media smear campaign against Aiteo and its management.

The groups listed some highpoints of the alleged smear campaign as labelling Aiteo as a serial loan defaulter, portraying the company in bad light before credible lenders across the world and making it impossible for the company to access any further financial facilities from lenders.

“It is this same statement which had been invalidated and set aside by a court of competent jurisdiction that Shell is deliberately pushing out to the media without mentioning that it has been set aside and invalidated by the court.

“More of the information Shell is syndicating in the media is that Mr. Benedict Peters has no reasonable and verifiable means of income and livelihood among others,” the groups stated.

The groups called on Nigerians and the global community to ignore the alleged fabricated and well financed smear campaign against Aiteo and its executives.

“This economic sabotage has not only affected the local oil companies but has drastically affected the oil revenue base of the federal government and has denied the government of the needed revenue to complete the fix Nigeria project,” the groups noted.

However, Shell had denied any wrongdoing in the case of the missing barrels of oil, stating that the allegations were factually incorrect and that there was no loss of revenue to the federal government.

He said: “This is a distinct issue that relates to the directive by the Department of Petroleum Resources to SPDC as operator of the Bonny Oil and Gas Terminal, an asset belonging to the SPDC Joint Venture, to implement a crude re-allocation programme between injectors into the SPDC JV’s Trans Niger Pipeline and injectors into the NCTL.

“Crude allocation review and re-allocation is a normal industry practice to re-allocate previous provisional allocated volumes under the directive and supervision of DPR, and this is not an exercise resulting from crude diversion, underreporting or theft at the terminal.

“This industry practice is not peculiar to the SPDC-operated Bonny Oil and Gas Terminal alone and does not translate into any loss of volumes to the Federal Government of Nigeria.

“The re-allocation in issue was initiated by SPDC as operator of the Bonny Oil and Gas Terminal, while the DPR validated and confirmed it for implementation for the concerned oil producers.

Crude oil production metering and allocation are subject to specific guidelines issued by the industry regulator, DPR. SPDC strictly adheres to these guidelines and the implementation is regularly verified by the regulator.