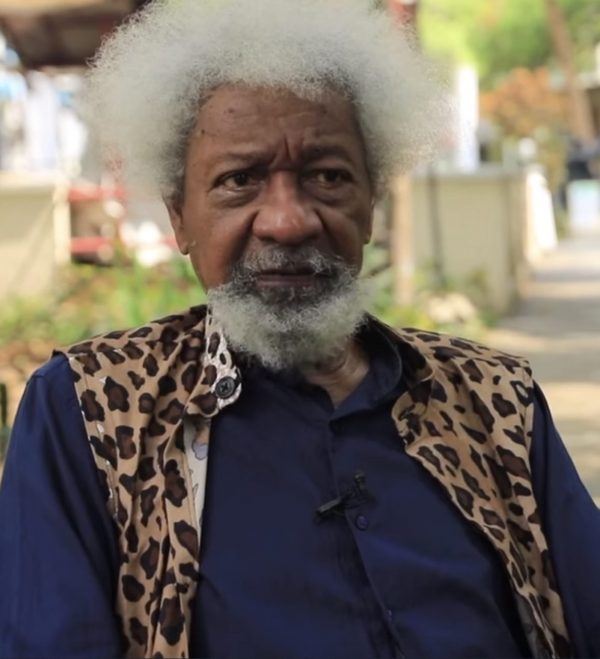 Professor Soyinka during the BBC interview

Nobel Laureate, Professor Wole Soyinka has told President Muhammadu Buhari to speak out urgently, to stop the herdsmen crisis before it snowballed into a civil war.

In an interview with BBC Pidgin, Soyinka said the herdsmen crisis is already a war now “right on our door steps”.

He said it is expectedly triggering some kind of mobilisation and stressed the urgent need for resolution.

“If we continue to wait for the resolution to be centrally handled, we are all going to become, if not already, slaves in our land”, he said.

He said the situation is simply intolerable and unacceptable.

He said he has made Governor Dapo Abiodun to understand what was going on.

“We are here not just to live, but live in dignity. Right now our dignity is being rubbished”, he said.

Soyinka who lives in Abeokuta inside a forest said his own space has been violated by the herdsmen.

He said he has been warned by his family not to venture into the forest again for any game hunting.

Soyinka said Buhari’s silence amid the atrocities committed by the herdsmen, meant he is complicit to their crimes.

He said Buhari should address the nation in very stern and ambiguous terms and admit openly being patron of the Cattle Rearers Association.

He asked him to admit being a cattle rearer himself and a rancher and that it is a business. And that he runs his business on business terms. That he does not do so by killing or raping people. By displacing or torturing, or occupying land that does not belong to him.

He urged the President to warn the cattle rearers to leave people’s land and order the army and other security agencies to back citizens’ efforts to flush them out.