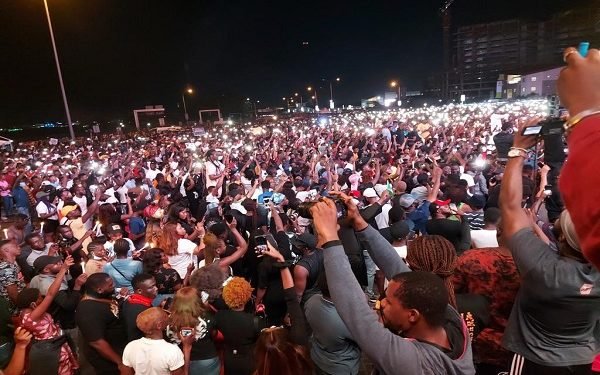 Following the #EndSARS protests against police brutality and human rights violations, Nigerians across the country staged a prayer walk on Saturday seeking divine intervention on the state of the nation.

In Minna, youths under the aegis of Coalition of Northern Group embarked on a peaceful protest to demand an end to insecurity in Nigeria.

A co-convener of the protest, Mohammed Etsu decried the spate of killings by bandits in many parts of the state, and the seeming inability of security agencies in providing a lasting solution to the problem.

They called on the government to listen to them because the future of Nigeria lies on their shoulders, and they do not want to inherit a country that has been bastardized.

Carrying placards, they converged on the Minna City Gate before embarking on a long walk to the popular Mobil Roundabout chanting songs of freedom.

Speaking to Channels Television, the youths asked both the Federal and State Governments to address the problems of bad road infrastructure, epileptic power supply among other issues.

In Rivers, residents of the state converged at Garrison in Port Harcourt Local Government Area to pray for Nigeria and against all forms of brutality by the disbanded Special Anti-Robbery Squad (SARS).

The gathering however didn’t start at the earlier scheduled venue, Pleasure Park.

From Garrison, the group moved to Government House where they conveyed for worship and prayers, seeking God’s intervention to end all forms of oppression in the nation.

In Imo State, citizens of the state across the 27 local government area of gathered at strategic locations in Owerri to pray for Nigeria under the theme OWERRI PRAYER WALK #OWERRI PRAYS.

Youth embarked on a prayer walk in Owerri, the Imo State capital on October 17, 2020 seeking divine intervention in Nigeria.
They gathered as early as 7:00 am singing Worship songs and praying.

According to them, the prayer walk is in continuation of the nationwide protest against Police brutality and harassment of innocent Nigerians, a protest which has gotten global attention under the hashtag #ENDSARS.

And in Abeokuta, the Ogun State capital, youths from different churches took to the streets to seek the face of the Lord in finding spiritual solutions to the socio-economic and political crisis in the country.

The youths carrying the national flag joined hands to offer prayers for peace, unity, meaningful change and development in the polity.

While seeking divine intervention to those challenges facing the country and slowing down its progress, they, however, demanded good governance, reforms in the police among others.

Also in Delta, youths in the state mobilized themselves as they staged a prayer walk asking God to heal the nation.

They gathered at the Interbau roundabout in Asaba, walking and praying through the Nnebisi road in the state capital.

Speaking to Channels Television, some of them said they want genuine change in the country, asking the government to do all that is necessary to meet the demands of the youths for a better Nigeria.

According to them, Nigeria needs more of prayer rather than protest or violence as being witnessed across the country. 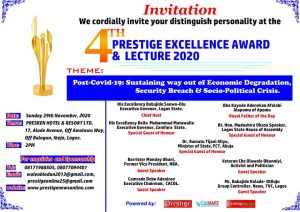