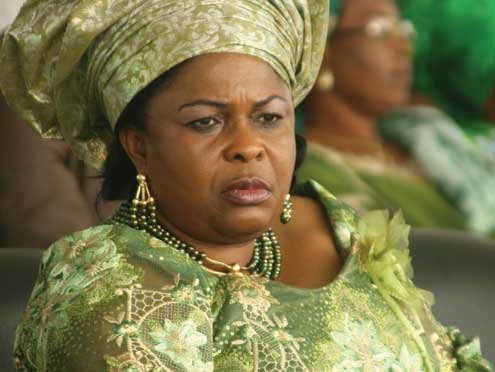 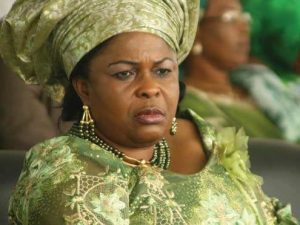 Accusing Magu of being bent on destroying her family, the former president’s wife said she believes that she is being targeted for the role she played in the 2015 election, according to a report by The Cable.

In a statement published by TheCable on Monday, Belema Meshack-Hart, chief press secretary to the former first lady, said despite campaigning against him in the presidential election, President Donald Trump did not move against Michelle Obama.

“We believe that she is being systematically persecuted and punished because of her unflinching support for her husband during the 2015 elections,” the statement read.

“President Buhari should be reminded that his wife also supported him in all the elections he contested against her husband, former President Jonathan, but Dr. Jonathan did not at any point in time, carry out personal vendetta or go after Buhari’s wife.

“That is the standard practice in all democracies around the world. For instance, Michelle Obama campaigned vigorously for her husband’s party during their last Presidential election, but we are yet to see President Donald

Trump move against her. One thing is clear: No matter what they do to Mrs. Jonathan, she will continue to stand by her husband, the father of her children, even if it means paying the supreme price with her life.”

“We wish to place it on record that in the history of this country, no wife of any President had been so far investigated in such flagrantly vindictive and disgraceful manner, as has been the fate of Mrs. Jonathan, in the hands of Magu’s EFCC,” the statement read.

“As a tradition, every first lady in this country has had one pet project or the other, with which they sought to intervene in the lives of the less privileged. Mrs. Jonathan started her NGO in Bayelsa State 11 years ago when her husband was the Governor of the State. With it, she has, over the years, touched the lives of many Nigerians in different ways. It is then surprising that while other First ladies and their pet projects were left alone, it is only her activities and that of her NGOs that are being subjected to indefinite probe and microscopic scrutiny by the Buhari administration.

“In a method that clearly bears out the axiom of giving a dog a bad name in order to hang it, Magu’s EFCC had maliciously linked Mrs. Jonathan to all kinds of fake possessions and properties around the country, including the Local Content Office in Yenagoa which is an arm of NNPC, Shoprite Complex, Nigerian Customs Guest House and Park View Hotel, both in Port Harcourt, as well as the residence of her neighbor who is a serving Senator. It has now come to a point where all the magnificent edifices in Abuja, Yenagoa or Port Harcourt are presented to the media as belonging to Mrs. Patience Jonathan. Not done, they also accuse her of owning several plots of land in many cities across the country, including places she has never visited. The most astonishing of all is that her close relatives are viciously being victimized, as their personal properties are also being investigated.

“It is either the EFCC is now led by people who cannot conduct proper investigations, or they are deliberately feeding the public with false information, in line with their sinister script to embarrass and browbeat the former first family.

“We wish to remind President Muhammadu Buhari that what Magu and other agents of his government are doing is tantamount to desecrating the hallowed and dignified office of the President, and exposing it to public ridicule before the rest of the world. As the elected President, Muhammadu Buhari has become a father to all Nigerians. He should, therefore, resist the snare of those vile advisers who portray him as a sectional and vindictive leader, out to disgrace his predecessors.

“We implore President Buhari to call Magu and his goons to order so he does not further defile and do more damage to the dignity of the seat of the nation’s President. The seat of the President of any country is sacred and the occupant must be respected. As a former First Lady, Mrs. Jonathan has been falsely called all manner of names, including drug peddler, by Magu’s well-oiled propaganda machinery.”

WATCH OUT : The Wedding Party 2 to premiere December 10