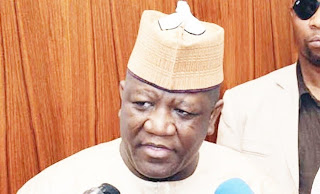 Nigeria’s ruling party, APC, has finally lost its bid to govern Zamfara State for the next four years following a Supreme Court ruling.

An APC governor, Abdulaziz Yari, is the outgoing governor of the state.
The Supreme Court on Friday ruled that the APC did not conduct valid primaries in the build up to the 2019 general elections in Zamfara.
The Supreme Court validated the judgement of the Court of Appeal, Sokoto Division, which ruled that no valid primaries were conducted by the APC in Zamfara State.
The court in a unanimous judgement by a five-member panel on Friday decided that a party that had no valid candidate cannot be said to have emerged winner of the recently conducted general elections.
In an appeal brought by the APC, the apex court ruled against the apellant and ordered a fine of N10 million against the APC.
“Candidate other than the first appellant with the highest vote stand elected. A cost of N10 million is awarded against the appellant,” the court ruled.
The candidate of the APC, Mukhtar Idris, had been declared winner of the elections after he polled 534,541 votes despite controversies trailing his candidacy.

The PDP candidate is believed to have come second in the election and could now be declared the governor-elect in the state.
The ruling also affects all APC Zamfara House of Assembly candidates who were initially declared winners of their elections.
The outgoing governor , Abdul’aziz Yari, who was the chairman of Nigeria Governors Forum will lose his seat at the senate.

‘Many Would Have Given Up’: Blow by blow Account of What Buhari Told Ministers At Valedictory FEC Meeting