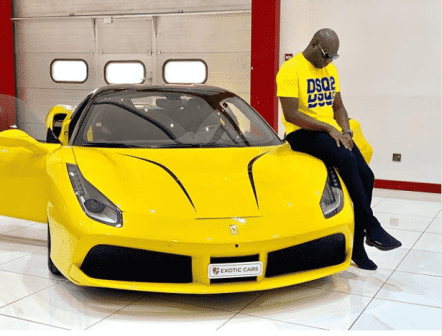 Mompha with one of his exotic cars

He was granted bail on Friday after he was arraigned for alleged N33 billion fraud.

The Economic and Financial Crimes Commission, EFCC had arrested Mompha on 19 October at the Nnamdi Azikiwe International Airport, Abuja for alleged fraud.

He was arraigned by the EFCC on Monday on 14-count charge at the Federal High Court in Ikoyi, Lagos, Southwest Nigeria.

But, Mompha pleaded not guilty to a 14-count charge bordering on the offences.

You can’t stop EFCC from investigating you, court tells El-Rufai