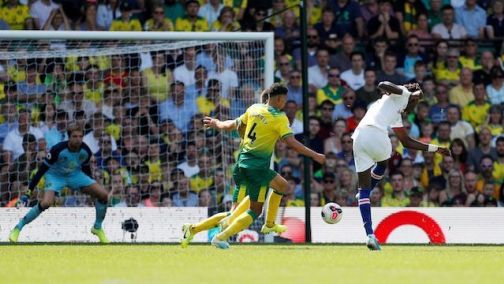 Abraham goes for the brace at CarrowRoad[/caption]

Chelsea got their first three points in the English Premier League, beating Norwich 3-2, thanks to Tammy Abraham who recorded a brace in the match at Carrow Road.

It was Abraham that finally settled matters in the 68th minute, to give Frank Lampard boys their first three points in the League. The forward may just have redeemed himself with Chelsea fans having caused some heartbreak in missing a penalty in Istanbul, during the UEFA Super Cup with Liverpool.

Yemi Alade out with 2 songs ”Home + Give Dem”