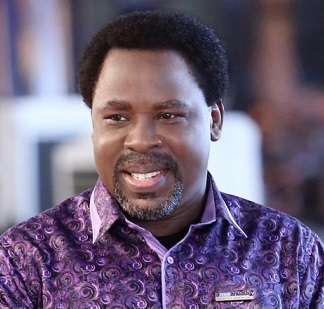 On November 1st 2020, Nigerian Pastor TB Joshua gave a prophecy regarding the American elections in which he indicated a victory for Joe Biden.

Joshua noted that although there would be “resistance” from President Donald Trump’s team, the election outcome would not be changed as the US Supreme Court would be “an instrument of check”.

“There is likely going to be pockets of resistance here and there but nothing will change,” the cleric noted in the prophetic message that quickly went viral on YouTube, amassing over 600,000 views.

“The joy is that the Supreme Court will be an instrument of check… Let me reserve what I am seeing until the inauguration of the new president,” he concluded.

In a brief statement explaining its decision, the court rejected the suit without a hearing, saying Texas had no standing to challenge the results in other states: “Texas has not demonstrated a judicially cognisable interest in the manner in which another state conducts its elections.”

After five weeks of ‘resistance’ and baseless allegations of fraud, there is now no further legal option to prevent Joe Biden from being inaugurated as the 46th US President on January 20th 2021.

Followers of Joshua are now waiting for his next prophetic message which he said would come after the “inauguration of the new president”.

NCOY: FirstBank is powering the Next Generation of Nigerian Innovators and Entrepreneurs