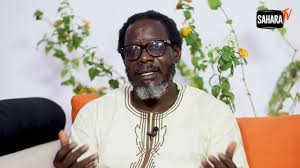 Comrade Debo Adeniran is the Executive Chairman of Centre for Anti Corruption and Open Leadership. In this exclusive interview with our correspondent, the anti corruption crusader opens up on various issues including the fight against corruption, appraisal of year 2019 and the emergence of “Amotekun”. Excerpts.
What is your appraisal of the year 2019?
The year 2019 started with a lot of apprehension due to expectation of political brigandage. It was an election year. People were expecting that it would be bloody and people were thinking that we might not see the end of 2019 as one Nigeria. But things turned the other way round despite the belief in some quarters that the elections that took place were flawed in one way or the other. Also, political parties did not do what was expected of them in terms of political education and governance education. In the same vein voters’ education was short in supply, many people obtained their voters’ card mainly for identification purposes, they do not see it as an instrument to vote, and that is why we had low turn out despite the fact that we had higher number of registrants of voters for election. The turn out was lower than previous election. At the level of governance, so far so good at the level some of us are concerned. I believe that things might not be better if any other party had won the election. The fight against corruption has yielded some positive results, a couple of former governors have been convicted, and they are behind the walls as we speak now. Some of them are undergoing interrogation and some of them are being investigated. Even the judiciary is not being spared. So, it has been the way we think it should be. The judgments at different courts have been indiscriminate as far as some of us are concerned, despite the criticisms that greeted some of the pronouncements. There is no judicial manipulation, using the state might to manipulate judicial decisions. In the same vein, several legislators that belong to the ruling party lost. The election in Zamfara state was upturned against the ruling party. Also, in River State, the election result did not favour ruling party at the centre. The judiciary has been impartial, so far so good. Corruption in high places has been minimized. These days you can get things done in the civil service without paying anybody unlike before. Now, people get jobs and allocation on merit without bribing anybody. Recruitments have been largely open unlike before. Basically it has been so far so good. When you talk about the economy, the economy wouldn’t have had an immediate overturn; I believe that it has to be gradual. In the year under review farmers’ economy got boosted, especially rice farmers due to border closure. Border closure also strengthened our security network, it has strengthened our economy, and as far as some of us are concerned border can be closed forever. There is nothing we need that we cannot manufacture in this country. Basically, this country can close its border to anybody. The economy is being turned from petro dollar to Agro-dollar now. Agriculturists are now being encouraged. Also, the revenue generation by customs was higher than the past records. Their target was N600million and they ended up generating N3trillion. In the same vein, JAMB is now making higher returns unlike what is obtainable before Professor Oloyede came on board. That shows that a lot of corruption was taking place before he came in. when you talk about immigration, higher level of control have been put in place. The migrations of foreigners have been curtailed to large extent. Also, security has been enhanced drastically. The securities of lives and properties have been improved. Nobody has been frugal in the management of economy as Buhari has done. We have never had it so good.

How do you see the performance of national assembly in the past year?
National Assembly doesn’t seem to have enough work to do; they are basically in agreement with executive. It is as good as there is no opposition at the national assembly. I believe that their cooperation with the executive does not mean that they compromise; they are only pushing the wheel of progress of the country. I believe that they should cooperate with the executive in the fight against corruption despite the fact that many of their members are also under investigation and if possible prosecution. What I expect them to do is to reduce the cost of governance, they should reduce their allowances, and national assembly should be a service to the nation and should be done with sense of sacrifices. They should not wait to be paid for the job. National assembly should be part-time things with sitting allowance. Everybody that contested election into national assembly is comfortable on their own. It would have been a great sacrifice if they do the work not for the money but for the progress of our country. That is what we are recommending for the nation.

What is your view on the emergence of South West Security Network, codenamed “Amotekun”?
Amotekun is a response to security gap that is apparent in the security arrangement of the federal government. Internal security became jeopardized at a stage and people are being killed with reckless abandon and the killers have not been apprehended. If the police and civil defense cannot defend the people against internal security breaches it means that everybody is left at the mercy of his own protection and you know self preservation is the first law of life. You have the right to defend yourself with anything at your disposal that is what I think Amotekun is responding to. Before late 2019 a lot of attacks took place in the south west and police didn’t have the clue on how to tackle it and south west governors regardless of political party affiliation decided to take up the gauntlet. By putting up Amotekun together, this is the south west security network. This has been effective in the fight against crime. It doesn’t really matter what anybody says about it, Malami, the AGF was blabbing that it’s illegal because he was not consulted. I wonder why he should be consulted when inspector general of police is not complaining that he was not consulted. IG has stated that he is going to work with the security outfit and recommended the kind of arms Amotekun officials should bear. The emergence of Amotekun is not to compete with regular police; they are to gather intelligence for the regular police. They have to nib certain violent attack in the bud. They are to gather intelligence and do the initial protection of the people against surprise attack. Basically, there is nothing wrong in it. My advice to south west governors is to ignore Malami because there are similar outfits in different parts of the country like Hisbah police in the north. The president, who is the commander in chief of Armed forces, was not complaining when he met with the south west governors. I wonder why Malami is complaining. AGF is not the chief security officer of the federation.

Recently, there were mixed reactions concerning President Buhari’s daughter flying the presidential aircraft, Mr. Femi Falana said it was illegal, what is your view on this development?
But Mr. Femi Falana did not tell us what the constitution says concerning using the official vehicles by the president’s immediate family. When the former Taraba state governor had a crash, it was his family that bears the pain of taking care of him. If there is benefit, the immediate family should be able to enjoy that benefit. If the president dies today, they would be the one to be humiliated out of the Aso Rock. If the president is taken to the prison, they will also bear part of the shame. If the president is entitled to aircraft, I think there is nothing wrong in his immediate family enjoying the benefit of the aircraft. I don’t think we should be so petty in our assessment of what the immediate family of president enjoys. That is not a corruption case, if there is any corruption case against any immediate family of president, people can feast on that. I disagree with Femi Falana with due respect to what he will say at all times. He shouldn’t have taken it to that ridiculous extent of quoting constitution. What about if Mr. President steals money from national treasury and buy aircraft for the daughter, we should face the real issue and forget the petty issue. We should be more serious than that.

In 2020, what are the areas you want federal government to lay much emphasis on?
Fighting corruption is the main thing, if we are able to bring corruption down living in Nigeria will be easier, more comfortable and more rewarding. There will be better business environment; the purchasing power of individual Nigerian will be higher. If there is no corruption, more money will be available to the government and it will be able to make more infrastructural provision to the people and people will not steal government properties. Also schools and hospitals will be more qualitative. People will be gainfully employed and this will reduce crime rate in the country and you are not likely to have bandits. That is why we are saying that Nigeria money should be spent on Nigerians. So, fighting corruption should be the main focus of government and participatory governance should also follow. This will give room for accountability and transparency. Ultimately, I believe sovereign national conference is also necessary, because that should be the beginning of the true nation. People will be able to discuss their past and future and discuss how they want their future to be.

What is your view on the performance of Governor Babajide Sanwo-Olu of Lagos State?
I am not yet impressed about the way Sanwo-olu is going about it. Although he has started completing some of the roads Ambode initiated, I think that is a good step in the right direction. But he should move faster than he is moving. You always see him in social gathering that is not indices of serious governance, I believe that he could do better. He should be sober, he should forget about vindictiveness. Talking about purchasing of buses that some have not been cleared, is that the type of corruption we are talking about. Proof that the money were stolen, proof that invoice were inflated. How can you discredit buses that were bought and Lagosians were happy about it. How can you discredit projects that were carried out in the interest of the people? If he continues to discredit the past government, he will end up discrediting himself. I believe that the good people in his cabinet will prevail on him to make interest of the people focus of his government rather than his parochial interest. He should be able to work with the cooperation of the former governor who has accepted to work with him. Sanwo-Olu should face governance squarly.