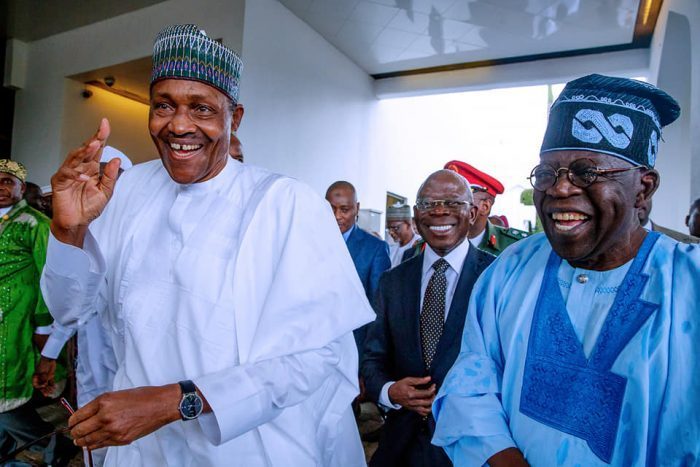 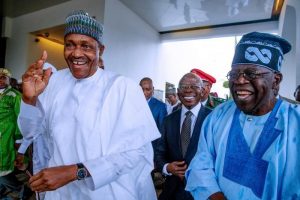 File: President Muhammadu Buhari and Asiwaju Bola Tinubu at the swearing in of ministers recently

Tinubu said the tribunal’s verdict was “a resounding judicial vindication of Buhari’s personal character and his electoral victory.”

“With the unanimous ruling of the Court of Appeal dismissing the Presidential Election Petitions of the PDP candidate, Alhaji Atiku Abubakar, today, the rule of law came to the defence of democracy by affirming the sovereign will of people.

“Their wills were expressed during the Feb. 23 elections when a vast, compelling majority of the electorate cast their ballots for Buhari to serve a second term as Head of State and Commander-in- Chief of our beloved nation.

“Whatever partisan side one might take, all must agree that today was a bright day for the administration of justice,” Tinubu said.

According to him, the Court of Appeal rendered a comprehensive judgment of extraordinary thoroughness, reason and breadth on many issues presented in this important matter.

Tinubu said Atiku and his legal team put forth some imaginative, if desperate, arguments as was their right.

The APC chieftain said the PDP fought vigorously for their positions and were allowed to do so without pressure and without fear.

“As the court affirmed, the election was free and fair, and the final result should stand,” Tinubu added.