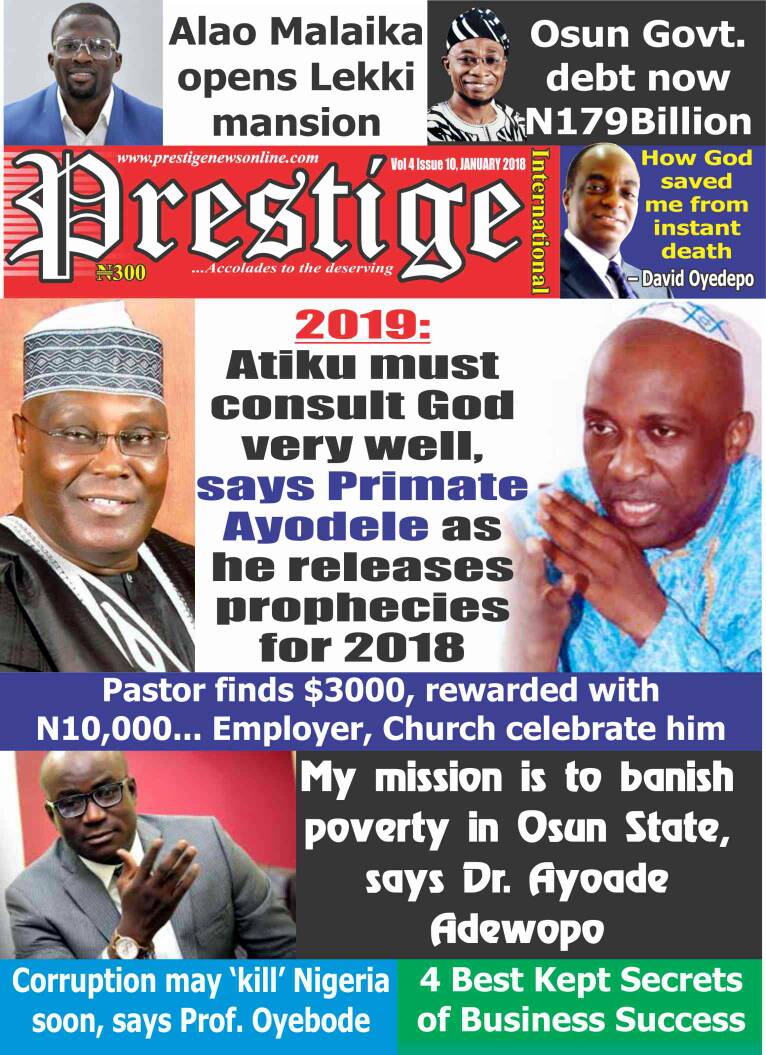 The National Leader of the ruling All Progressives Congress (APC), Senator Bola Ahmed Tinubu was conspicuosly absent at the official unveiling of the Muhammadu Buhari/ Yemi Osibajo campaign office in Ibadan, the political capital of Yorubaland on Saturday.

Also absent were all Governors of the party in the South West who, save for Ayodele Fayose of Ekiti State who belongs to the Peoples Democratic Party (PDP), are members of the APC.

Governor Abiola Ajimobi of Oyo State, who was expected to be chief host, was elsewhere in the state capital addressing party faithful on the forthcoming council election in the state.

The campaign office was unveiled by a body called the Dynamic Support Grouo for the reelection of the president.

No reason was given for their absence, as information had it that all of them were invited by the organisers of the event including the Vice President Yemi Osinbajo.

The Buhari’s programme was held at the International Conference Centre, University of Ibadan.

A visibly unhappy Orji Kalu observed the sharp division in Oyo APC and noted the absence of the governor and the party executive at the programme organised by Shittu, who is the Chairman,  Board of Trustees, MBO, and emphasised the need for unity and why the party’s National Chairman, Chief John Odigie-Oyegun, and President Muhammadu Buhari must urgently broker peace between the duo.

He warned that the lingering rift between Ajimobi and Shittu, may spell doom for the ruling All Progressives Congress (APC) in the state during the 2019 general elections if the party’s national body failed to broker peace.

His words: For us, we are students of preaching peace and unity. We are students, who say the truth. We are students, who are not afraid of telling people what we feel that is not right. Everybody in this hall will agree with us hat there is a break in the communication between our governor and the minister. We don’t want that to continue.

“If anybody inside this house today (yesterday) in the University of Ibadan would say it is good for these two elephants to continue quarrelling, I and my senior brother, Senator Ken Nnamani, former senate president, would disagree that they should not be quarrelling. The minister and the governor should be the best of friends. And we are going to make that happen.

“We have already agreed with the Minister of Health, Prof Isaac Adewole, with former senate president, that we are going to take it upon ourselves to the highest level of this party. If both of them are quarrelling, there will be no peace and progress in this state

“We came here to honour both of them. I am slightly not very happy what I have seen here that the governor is not here,  the party officials are not here, the commissioners are not here, in the main thing that will make APC what it is supposed to be here. They are not here.

“I am not a man that you’ll keep inside a room, and asked not to say the truth. Everybody knows that even what people are afraid to say, I will say it because it is only the truth that can set us free. When you leave the truth, we will suffer.

“I have spoken to the Minister of Communication, I told him I wasn’t very happy. Immediately I came, both the Minister of Health and former senate president whispered to me that the governor is not here.

I said the governor is going to Lagos this afternoon. This is what the Chief of Staff told my aide, when I said after this programme, I will go and drink water with him. It is not good. We must preach unity in this party. If there is no unity in this party,  we are going nowhere. Unity is very important.

“I don’t care if I finished this and Minister Shittu will tell me not to come to his house again, and not to greet him again,  I will be satisfied. If I finished this speech and the governor would say ‘you are a very useless person’, I will also be satisfied. The most important thing is that me and Senator Nnamani have said the truth, and the truth cannot be hidden.”

On the commissioning of the south west campaign office for Buhari and Vice President Yemi Osinbajo, Kalu said: “We stand with Buhari and Osinbajo. We are also waiting for them to tell us they are going to run,” saying  Buhari deserves second term in office “if he so wished.”

Nnamani also called for internal decorum and unity among the party faithful for it to repeat the feat achieved in 2015 general election.

According to him,  “I would say publicly without any fear or favour that here in the South West as a centre of excellence in Nigeria and centre of commerce and industry, I expect that their pre-eminent role in politics should anchor the peace and unity.

“There is a need for our party, APC to have internal decorum in which there is cohesion and people work together. Politics is not a game you play as an individual. You have a role to be part of that team. You are not the team itself. You are part of it.

“Since we are here to commission the zonal office, maybe after this we will go further, but it is important to understand that we cannot achieve much as a group without unity, and peace. It is so vital, not only in politics, but also in our families.

“We are not trying to prove any point by trying to be antagonistic and run one another down. We as members of one family must try and eschew every form of bitterness and excessive anger because nobody does anything right if we do it in anger or bitterness. The same thing if you are speaking and you speak with anger, you are likely to say things you will regret later.

“I appeal to all of us that to make our party great, we must come together as one. We may have different ideas but we must allow the majority rule to prevail. Remember, the new way our country is going now under President Buhari, I see our election becoming very effective and efficient.

Shittu, noted that what Buhari has done in two and half years, the past administration of the Peoples Democratic Party (PDP)has not been able to do it in 16 years, adding that Buhari has created jobs for over 200,000 people in Nigeria.

His words “It is in our interest that we should have peace if indeed we love our president and if indeed, we love our country.I want to re-assure you that whatever it takes for us to ensure peace and unity, you can take me for granted in this exercise. I want to assure you that I will continue to support this party. As the co-founder of APC, I don’t have any choice but to remain a strong supporter of APC.

Minister of Health, Prof Isaac Adewole, who also emphasised  unity and the need for eligible voters to ensure that they have their permanent voters’ cards also stated: “It is easy to destroy than to build.”

My Husband Doesn’t Have To Be Rich- Zainab Balogun