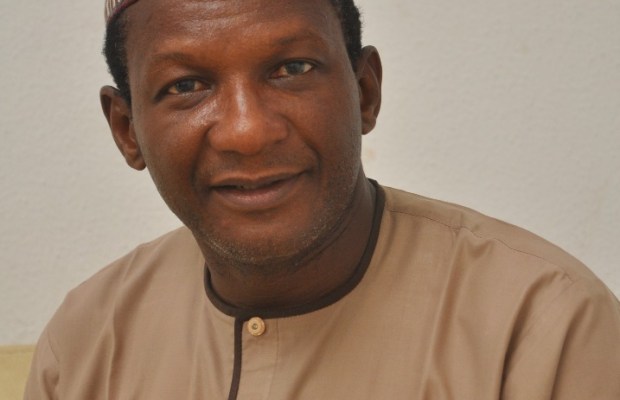 Al-makura began in 2010 to go from village to village in Nasarawa State to appeal for votes from the masses, and in many places the traditional rulers were “not available” to give citizen Al-makura their blessings and fewer still gave him a chance to dethrone the regal Aliyu Akwe Doma, but alas the flight of Umaru Tanko Al-makura to victory in Nasarawa State was as jolting as it was revolutionary in 2011.

Today in Nasarawa State, there are eleven horsemen within the APC who are vying to succeed Umaru Tanko Al-makura and just like in any race of life, the eleven aspirants have chosen for themselves different horses which differ in size, build and breed to help them win the race. Keen observers say that in a race of equals, it is the breed of horse which you choose that will determine whether you win or lose the contest which is why some specific types of horses are essential for war known as “chargers”, while others are suitable for agriculture known as “cart horses” and others are best suited to riding and referred to as “palfreys!”

As these eleven horsemen are gallantly poised on horseback, it is at this critical point of selecting a successor to Governor Al-makura that the people of Nasarawa State have begun to use Umaru Tanko Al-makura as their “reference point” and mirror to assess the leadership quality and pedigree of the aspirants vying to succeed him. The question now being asked by the people is; “who among these eminently qualified horsemen will be equal or even surpass Umaru Tanko Al-makura?”

It will be recalled that in 2010 as an outsider to the inner workings of government, “aspirant” Umaru Tanko Al-makura was deeply pained by what he described as the “barren condition of Nasarawa State in terms of physical infrastructure, industrial inputs and commercial activities!” Al-makura then prodded the masses to revolt against social injustice in a pocket sized booklet which he entitled “My Covenant with the People of Nasarawa!” where he stated that if elected as Governor, all his activities would be centered on improving the life of the common man by focusing on: “Education, equipping people with skills, agricultural production and rural change”.

The content in Umaru Al-makura’s booklet ended with the rider: “FOR THE SAKE OF NASARAWA” and by dint of providence his message resonated and gained overwhelming acceptability from a vast majority of the people who joined his campaign, and catapulted him to government house Lafia.

Umaru Tanko Al-makura started started work as Governor of Nasarawa State on May 30th 2011 where he met a debt of over N37 billion inherited from the immediate past administration and instantly Al-makura cut his own personal allowance by 50% and refused to sleep in hotels whenever he traveled on official assignment. Al-makura also put a halt to the buying of new official vehicles; stopped the payment of various perks, including contingency allowance so as to save funds and after 7 years of redefining governance by adopting business friendly solutions, blocking financial leakages and raising revenue by 600% through digital land administration, Governor Al-makura has acquired 13,000 hectares of land at Gurku-Kabusu which is just 2 kilometers from Mpape in Abuja to build a new city of 29 districts that will be larger than the city of Paris and ten times the size of Gwarinpa!

Under the leadership of Umaru Tanko Al-makura, his catchphrase has always been: “Nasarawa State is a state in a hurry” (by which he meant “…in a hurry to develop and catch up with the rest of Nigeria!” which is why Al-makura has been continuously looking at problems and their solutions for 7 years. In so many ways, Umaru Tanko Al-makura is like Lee Kwan Yew. He was the governor who met Nasarawa State in 2011 fifteen years after its creation in 2011, with its capital city Lafia wearing the look of a glorified local government area; decrepit and forlorn without basic amenities; street light and without a single asphalt graded road ever constructed by three previous administrations that preceded Al-makura!
In the book, “REMEMBERING LEE KUAN YEW: PROBLEM SOLVER AND MASTER PERSUADER” which was published on March 24th 2015, Liu Thai Ker stated that; “Mr. Lee Kuan Yew was a worrier. But he was a problem solver too – not just of problems of today, he anticipated problems to come” and just as Lee Kwan Yew “turned the backward city of Singapore into a place where there are no homeless and no squatters…and enabled Singapore to move from Third World to First”; Umaru Tanko Al-makura is undeniably the architect of modern Nasarawa State who was the first to bring traffic light, asphalt graded roads, E-Libraries, 2-Storey model public schools, 330 Electricity line etc., and the most sophisticated digital aerial mapping systems in sub-Saharan Africa to his people!

For such a relentless leader who has laid the foundations for the creation of a first-world education system in Nasarawa State and who lifted the place of people living with disability to a position of dignity and inclusion; and who selflessly continuous to run against time to improve the infrastructure of a state he loves so dearly; it is him more than many rabble rousers and political opportunists that can best answer the question: “what is the ultimate quality of a governor?”

Umaru Tanko Al-makura has given a decent burial to leadership by “sarauta” (feudal and autocratic tendencies) in Nasarawa State and raised the bar on what it means to be a governor. Al-makura has proven that being a governor is never a contest of popularity, but a test of competence.

That is why from the onset Governor Al-makura did not impede or interfere in the aspirations of anyone who was jostling to succeed him as Governor. Al-makura believed that the issue of an aspirant vying to become governor is a fundamental human right enshrined in the Universal Declaration of Human Rights adopted on 10 December 1948.

In allowing every aspirant or horseman to join the gubernatorial race in Nasarawa State, instead of forcing them to step aside, Umaru Tanko Al-makura has stressed it is a fundamental human right which is stressed in Article 21 Sub-section 1 that everyone has the right to take part in the government of his/her country, directly or indirectly through freely chosen representatives. Furthermore the international Covenant on Civil and Political Rights enacted in 1996 also reiterates this in its article 25(b) and Rt. Archbishop Paul Verdzekov concurs when he declared in 2002 that “Taking part in the civic and political life of a nation is defending the inalienable dignity and infinite value built into every human being by the creator!”, just as George Weigel, senior fellow of Ethics and Public Policy Centre in Washington D.C, stated: ‘It is about securing the foundations of the house of freedom!’.

Given these factors and his firm conviction as a democrat, Umaru Tanko Al-makura believes that all eleven horsemen have the right to contest and are eminently qualified to do so, which is why he has provided for them a level playing field. But that does not mean that he like any other citizen should not have a right of political choice!

When he was accosted by the press in 2016, Governor Umaru Tanko Al-makura admitted that as an inclusive leader, he supports the clamour for equitable rotation of power in Nasarawa State, so that each of the three senatorial zones will feel Nasarawa State belongs to them and they belong to Nasarawa State. But Al-makura also added a caveat that it is the people themselves who must engage each other in social dialogue that will ultimately spur a heightened sense of trust from which point they can tear down the walls of age-old prejudice and begin to “trust each other” enough to naturally promote equity, civility and communal “rotation of power” as a way of creating one moral universe where progress is each and every citizen of Nasarawa State advancing together and without hindrance, no matter what zone you may come from!

As the standards of selection become more rigorous, those who wake up and aspire to the exalted office of governor must also understand and respond to the huge global attitudinal trends including the need for a candidate aspiring for such office to have a measure of personal integrity, intellectual rigor and emotional maturity. This is vital because a state governor with exemplary integrity earns the implicit trust of his people and thereby acts as a powerful model for entire people to emulate, thus building a state with powerful and effective cultural values.

While it is the responsibility of a governor such as Umaru Tanko Al-makura to plan for the future and not squander the fortunes of his state, it is also a sacred duty and moral responsibility on the citizens of Nasarawa themselves to protect the solid foundation already laid by Umaru Tanko Al-makura by making sure THEY ARE CAREFUL IN SELECTING WHO WILL BECOME THE NEXT GOVERNOR OF NASARAWA STATE and who best to point us in the right direction than the leader who has been in the saddle for over 7 years and has remained steadfast in ensuring the prudent management of scarce resources to bring about economic growth and improve the wellbeing of ALL people in Nasarawa State?