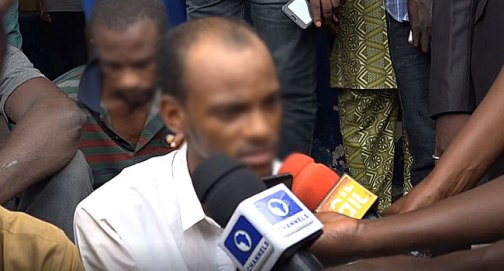 The Police command in Taraba on Friday arrested a 22-year-old Abdulbasit Umar, a 100 level student of Computer Science at the Adamawa State University, Jalingo, suspected to have kidnapped his six-year-old sister.

Mr David Misal, the Public Relations Officer of the command, who paraded the suspect alongside two of his accomplices, Sadiq Sani, 21, and Abdullahi Habib, 27, said that the accomplices were “hired” by Umar to carry out the act.

The command also paraded 19 other persons suspected to be kidnappers and armed robbers, alleging that they were responsible for the spate of kidnappings and armed robbery in Gassol, Bali and other parts of Taraba.

“Umar criminally conspired with other suspects and lured his sister into a car with registration no. MKF 67 JK Kaduna, and took her to Dove Hotel, Mayo-Dassa, where she was held captive.

“The suspects thereafter contacted the family and demanded a ransom of N10 million, but later agreed to collect N4 million.

“While in the process of collecting the ransom at Wuro-Sambe in the outskirts of Jalingo, they were tracked and promptly arrested while the victim was rescued,” he said.

Misal said that the Commissioner of Police, Taraba Command, Alhaji Alkassim Sanusi, had directed men and officers of the command to rededicate efforts toward ridding the state of criminals, warning them all miscreants in the state would be fished out.

Umar said that he kidnapped his sister to force his father to cough out N10 million to enable him travel abroad.