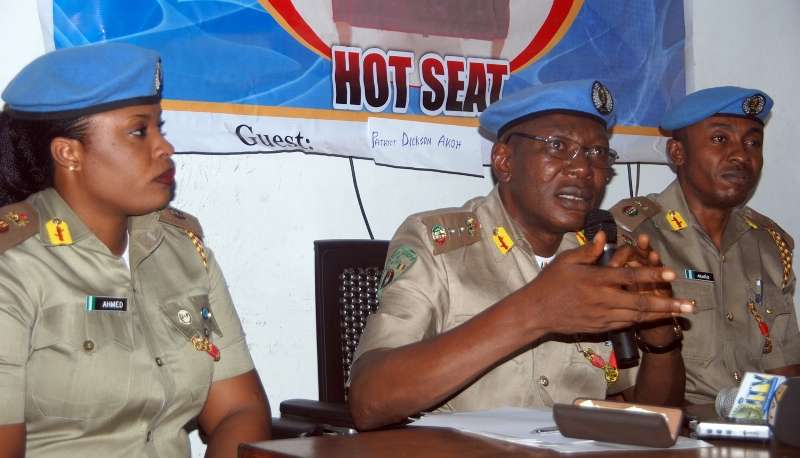 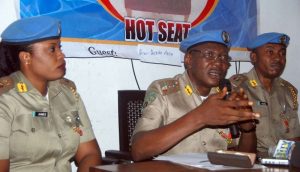 The Peace Corps of Nigeria (PCN) has called on the Inspector General of Police, Ibrahim Idris, to obey the ruling of an Abuja High Court by unsealing its headquarters and stop harassment of its officers.

Lagos and South-West Zonal Commandant of the organisation, Mr. Mutairu Habib, made the call at a press conference in Lagos on Tuesday.

According to him, the police had refused to vacate the organanization’s headquarters despite the court order.

PCN had last week Thursday won its N2bn Human Rights Suit instituted against the Inspector-General of Police, Ibrahim Idris, the Nigerian Police Force and 4 others.

Habib said, “As you are all aware, after the passing of the Peace Corps Bill by the National Assembly, there was an unwarranted invasion and sealing off our headquarters and arbitrary arrest of our National Commandant; Mr. Dickson Akoh with about 49 others on the 17th of February, 2017 by the officers Nigeria Police Force in Abuja.

“To end this retrogressive trend, a Federal High Court sitting in Abuja on Thursday ordered the Nigeria Police to unseal the headquarters of the Peace Corps.

“Presiding Judge, Justice Gabriel Kolawole ordered that the building be unsealed within seven days and also ruled that the sum of N12.5 million (Twelve million, five hundred thousand naira) be paid to us as damages.

“We hereby call on the Inspector General of Police and the Nigerian Police Force to respect the court order and desist from the unnecessary harassment and intimidation of our members, unseal our headquarters, and pay the damages as instructed by the court,” he said.

He expressed the belief that the Bill once signed into law was sure to provide jobs for thousands of able-bodied youths across the length and breadth of the nation, and promote peace and unity vital to promoting a lasting democracy, a thriving economy, and sustained socio-economic development.

“We await anxiously President Muhammadu Buhari’s assent to the Peace Corps Bill, which is sure to provide jobs for thousands of able-bodied youths across the length and breadth of the nation, and promote peace and unity which is a vital component in our drive to entrench a lasting democracy, a thriving economy, and sustained socio-economic development.

“We, therefore, pledge our full support for all existing security agencies of the Federal Republic of Nigeria most especially in the face of the various security challenges such as insurgency, kidnapping, vandalism and other related crimes,” he said.

My husband’s penis not working well, he ejaculates within seconds – Wife tell court