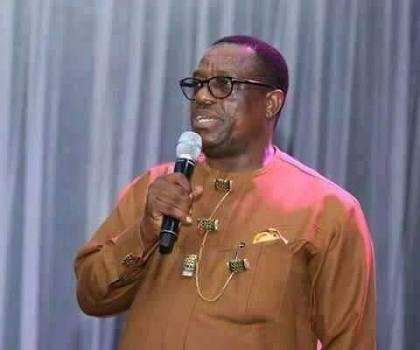 Victor Giadom, the deputy national secretary of the All Progressives Congress, who seized control of the party today, has cancelled the screening for the Edo State governorship primary.

His action may have put the party’s plans for a 22 June direct primary asunder.

Obaseki on Tuesday announced his resignation from APC as he was set to join the opposition Peoples Democratic Party.

It was not clear whether he would reverse himself, now that Giadom appears to have given him a lifeline.

Giadom explained that he has taken over based on a previous court order empowering him to do so.

According to him, he has the backing of the members of the party’s National Working Committee (NWC).

The APC had announced ailing Abiola Ajimobi, the national deputy chairman, as acting chairman, based on the party’s constitution.

But the snag was that Ajimobi is not available to flex any muscle, as he is bedridden.

Ajimobi is hospitalised in Lagos for a serious COVID-19 illness.

Bature specifically ruled that “Chief Victor Giadom is to act as the National Chairman.”

The implication of the Appeal Court judgment on Tuesday, according lawyers, is that all the actions taken by Oshiomhole after March became a nullity.

And this would include the emergence of Ajimobi, as deputy chairman and Waziri Bulama, as acting national secretary.

Ajimobi replaced Adeniyi Adebayo, who is now minister of industries.

Our attention has been drawn to a Statement purportedly issued by the Publicity Secretary of the APC to the effect that Senator Abiola Ajumobi is to act as the National Chairman of APC following the suspension from office of Comrade Adams Oshiomhole by the Court of Appeal.

We wish to state that the statement must have been issued in complete ignorance of the order of the FCT High Court issued on 16th of March, 2020, by Hon. Justice S.U Bature in Suit No. FCT/HC/M/6447/2020 to the effect that Chief Victor Giadom is to act as the National Chairman of the party due to the suspension of Adams Oshiomhole as the National Chairman.

Consequently we have written to all law-enforcement agencies to implement the said order and any one who attempts to parade himself/herself other than Chief Victor Giadom as the Acting Chairman of the APC would be facing contempt of court proceedings.