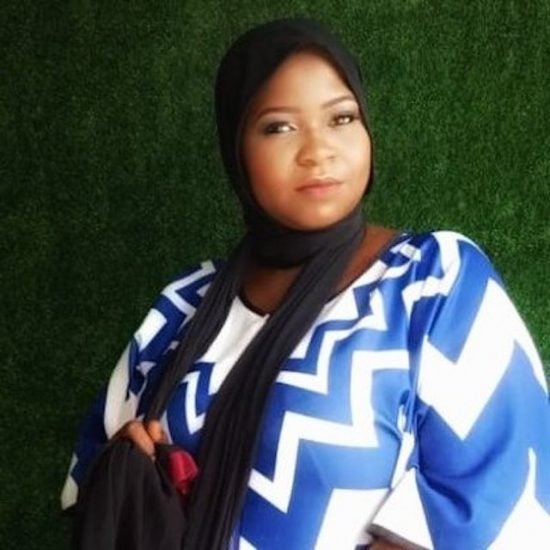 The woman who was flogged by two police officers enforcing the coronavirus lockdown in Osun, has petitioned the Inspector General of Police Mohammed Adamu, demanding a compensation of N200 million.

Adetola Abdulazeez, mother of two and seller of beauty products, was flogged by the policemen on her way to buy drugs for her relatives at a pharmacy in Odo Ori Market in Iwo, Osun, on April 18.

The incident which attracted public outcry, including the Iwo monarch and the Osun State Government, also attracted the attention of the IGP who immediately ordered the officers dismissal.

However, the victim through her lawyer Mr Pelumi Olajengbesi, in a pre-action notice submitted to the IGP on Monday also demanded an apology for the battery suffered.

”We commend the swift intervention of the Inspector General of Police and that of other top Nigeria Police Force hierarchy, condemning the unprofessional conduct of the officers involved and the assurance of disciplinary action.

”While we recognise the authority of the Nigeria Police Force in containing the movement of people during this COVID-19 crisis, we believe strongly that same must be done in compliance with the rule of law.

”The video of the disgraceful act meted out on our client has since gone viral on the internet and has ridiculed her publicly, as she was seen being battered like a common thief by men of the Nigeria Police Force.

”We hereby demand that the Nigeria Police Force should address a letter of apology to our client personally showing honest concern and contrition to begin to ameliorate the continuous sadness and depression she continues to suffer.

”That the payment of N200 million be made to our client as general damages for all the pain, trauma, bodily inconveniences and public ridicule amongst others, caused her and her family during this period,” he said.

Olajengbesi, further stated that on behalf of the victim, he was also demanding the immediate prosecution of the officers involved in the criminal act, in the Nigeria Open Court.

He stated that security agents should discharge their duties during the lockdown in line with international best practices and in accordance with the guidelines stipulated by the United Nations.

In his reaction, the Force Public Relation Officer, Frank Mba, told NAN that the police had already dismissed the officers in question and would prosecute them if need be.

Mba also said that the police had yet to see the woman’s petition on the demand of N200 million compensation and an apology letter.

The Nigeria Police Force had on April 24 through its official twitter handle said: “that Inspector Ikuesan Taiwo and Police Constable Abass Ibrahim, captured in a viral video assaulting a woman in Osun State have been tried and found guilty.

”They have been dismissed from the Force. They will be arraigned in court for prosecution.”

Watch the video of the assault as posted by Adetola Abdulazeez on Twitter:

Tola Azeez
@fabhally
This is me been beaten by the police today on my way to get drugs and some relief materials for my people. https://twitter.com/RuggedyBaba/status/1251495767757504512 …