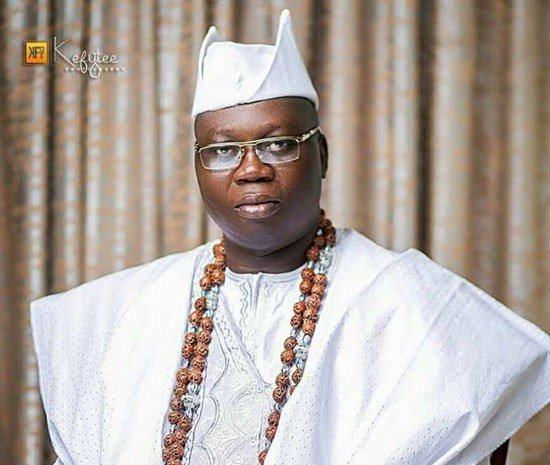 The President, Yoruba Council of Youth Worldwide, Barrister Oladotun Hassan has called on Aare Onakakanfo of Yorubaland, Aare Gani Adams to put together security summit in the interest of Yorubaland.
Below is the press statement obtained by Prestige International magazine:

The Supreme right of man is right to life.

It is on this premise, we condemn in its entirety the unabated gruesome killing spree and sporadic attacks recently experienced in some parts of the Yoruba nation by the dreaded terrorists – Fulani Herds men.
Hence, our first advisory and concerted principal assignment after the appointment of the Generallizimo of Yoruba land, Aare Dr Gani Adams is to convoke a wide range consultation and strategic plan on the hosting of an Emergency Yoruba Peace and Security Summit, rather not too late, which could have nipped in the bod the growing spate of insecurities and fears of continued and  consolidated imminent attacks by the Fulani marauders and any other external aggression from other regions.

The timing of the German Consulate visit needed to be revisited again, this time around is to seek their interest internationally as broker and interventionist by attending the proposed security summit as mediator shield support and serve as our voice to the United Nation on these heinous homicide going on in Nigeria without any concern or confidence in the present federal government to curbing it, but rather fuelling the heat of War and fanning ember of disunity and nepotism in favor of the Northern group against the south, being one of the five leading and strongest security super powers of the world.
Hence this not the best time for blaming or casting of negative aspersions on the referred stool of the Aare Onakankanfo of Yoruba Nation.
All hands must be on the same page to  frontally navigate and passionately address this salient worst situation best forecasted as a clear war thorn scenario in Nigeria.
Let’s rally supports around and for the Aare whom we all know to be undoubtedly brave and courageous enough with Solomonic wisdom and powerful feast to protect our region and her people anywhere in the world, particularly Nigeria.
A clarion call to all our stakeholders  political and traditional leaders of thoughts across different ideological diversities and creeds to rise and stand in unison ‘isokan’ for the Yoruba nation.
Asiko ti ya ile Yoruba… Ogbon inu..
AJUWASE OOO.
Signed:
Aremo Oladotun Hassan, Esq.
President, Yoruba Council of Youth Worldwide.