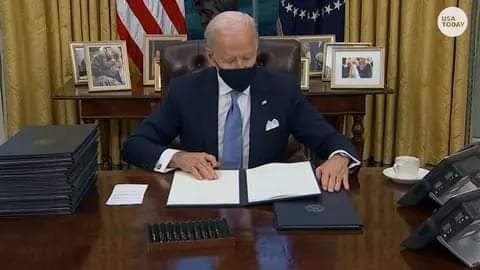 The leader of INRI Evangelical spiritual church, Primate Elijah Ayodele has congratulated the President of the united states of America, Joe Biden on his inauguration which recently took place . 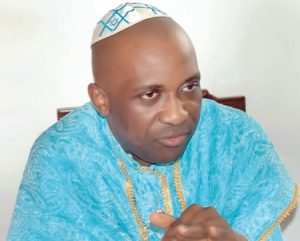 Primate Ayodele in a statement released through his media office expressed satisfaction in the emergence of Joe Biden as the US President because God was involved.

He made it known that his administration will cause new things to happen in the world, and several changes that will bring development that will affect the global world.

Furthermore, Primate Ayodele stated that His first term will be rocked with some health challenges but God will sustain him to finish well, while advicing him to rule with the fear of God.

‘I want to congratulate Joe Biden on his inauguration as the President of the United States Of America. His emergence is a fulfilment of God’s word.

I want to urge him to rule with the fear of God, his first term will be faced with challenges in his health. He will complete his first term because he will perform well as the President, no matter the health challenges, God will stabilize him, His health will not disappoint him though it will be challenging.

With his emergence, a new thing has come to the world, He needs to be weary of mistakes, and also listen to prophetic warnings that can guide him against mistakes’

It would be recalled that Primate Ayodele predicted the victory of Joe Biden long before the election. He was also the only prophet who revealed that it is only Joe Biden that can unseat Donald Trump in 2019.