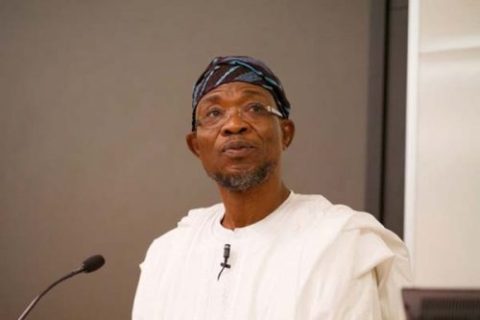 The Osun State Government has assured civil servants in the state of its readiness to pay them their monthly salaries in full.

The Commissioner for Finance, Alhaji Bola Oyebamiji, gave the assurance during a meeting with staff of the ministry on Friday in Osogbo.

Oyebamiji, however, said the payment of the full salaries would be determined by the availability of resources.

Civil servants were paid full in December 2017 salary on Jan. 10.

The workers have been receiving half salaries since July 2015.

Workers on Grade Levels 1 to 7, were been paid full salaries, levels 8 to 10 received 75 per cent, while levels 12 upwards collected 50 per cent of their salaries.

The commissioner said the full payment of the December salaries was a reflection of government’s determination and commitment to pay the backlog of salaries arrears when the economy improves.

Oyebamiji said that government used 91 per cent of the third tranche of the Paris Club refund to pay the December salaries.

He urged workers to be major revenue marshal of the government, saying “the Ministry of Finance is very important to the prosperity of the state’’.

“We must generate revenue for the state. We just paid full salary and the full salary was not paid from the allocation from the Federal Government.

“We therefore must work hard to generate more revenue for the state.

“It will be a cheat if you workers are paying your taxes as being deducted at source and you do not tell your neighbours who are operating hospitals or private schools to pay.

“I want to appeal to you to go out and work so that the government will be able to continue paying the salaries as at when due.

“Sustainability of the business of the government should be our target.

“It is my wish that we all work together to enable the government function well,’’ he said.

Oyebamiji said what government was getting from the federal allocation was no longer enough to pay salaries, saying workers must assist government in generating enough internally generated revenue.