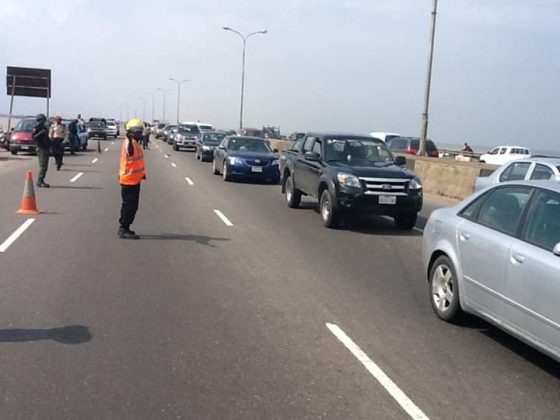 50, 671 Police officers and officials of the Federal Road Safety Corps (FRSC) as well as National Security and Civil Defense Corps (NSCDC) have been deployed in some states ahead of the Christmas and New Year festivities.
Since the 2011 Christmas attacks in various parts of the country, there have been increased measures during the festive season as the security agencies ensure that recreational centres, black spots and religious places are protected.
While the Federal Capital Territory (FCT) Commissioner of Police (CP), Bala Ciroma said his team had redoubled efforts in the deployment of personnel, surveillance and stop and search operations in the territory, the commissioners of police in Plateau and Nasarawa states had reportedly deployed 4, 867 personnel to ensure the safety of residents as they go about their Christmas celebrations.
The FRSC tops the list of reported deployment with 39, 450 including special marshals across the country. The Corps Public Education Officer, Bisi Kazeem said 806 patrol vehicles, 120 Ambulances, 204 motorbikes, and 27 tow trucks were positioned along designated routes in the special patrol operations.
In Lagos State, the Commandant of the NSCDC, Mr Cyprian Otoibhi, said 2,500 officials deployed were to engage in 24-hour daily patrol of black spots and also cover all nooks and crannies while his counterpart in Jigawa State, Alhaji Garba Muhammad deployed 1,000 personnel which according to him were drawn from Critical National Assets and Infrastructure Protection Unit (CNAI), Chemical, Biological, Radiological, Nuclear Emission Unit (CBRNE), Intelligence and Surveillance Monitoring Department as well as Medical and Rescue Response Units and deployed to all the 25 local government areas in the state.
The NSCDC in Edo state also deployed 800 officers to the streets.