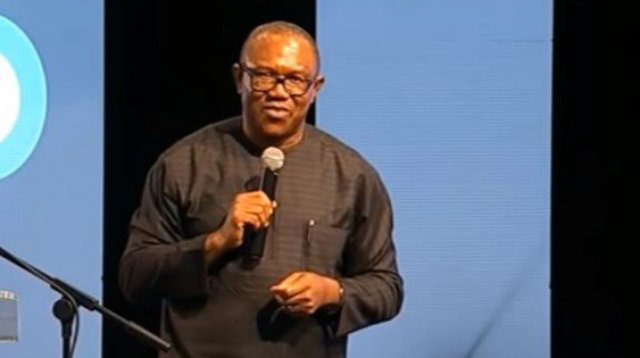 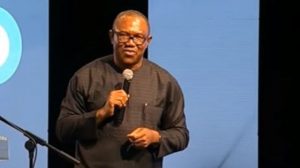 High-profile members of the opposition Peoples Democratic Party (PDP) in South East are spoiling for a fight over the choice of Mr Peter Obi as the Vice Presidential candidate in the 2019 election.

They are not happy because they were not consulted before the decision on the choice of running mate was taken.

The News Agency of Nigeria (NAN) reports that the leadership of the party in the zone had, after the announcement of Obi, summoned an emergency meeting in Enugu.

Obi, a former Governor of Anambra, was picked by PDP Presidential flagbearer Atiku Abubakar for the 2019 race.

However, the meeting which was slated to hold at the party’s zonal headquarters, was later shifted to the Independence Layout residence of the Deputy Senate President, Chief Ike Ekweremadu.

In attendance in the closed door meeting were all PDP governors in the zone, some members of the National Assembly from the zone, zonal leaders and others.

Addressing newsmen after the meeting, Gov. Dave Umahi of Ebonyi said that the leadership of the party was not aware of the choice of Obi as running mate as it was not consulted.

Umahi said that they only heard the appointment on social media and expected that they would be carried along prior to the announcement.

The governor said that the leadership still expected that the candidate of the party, Alhaji Atiku Abubakar would visit to inform them about the choice he made.

Meanwhile, the candidate of the PDP in the 2017 governorship election in Anambra, Mr Oseloka Obaze, has faulted the position of the party leadership on Atiku’s choice.

Obaze told newsmen after the meeting that it had never been heard of that a presidential candidate would consult on a zonal level before choosing a running mate.

He said that what was playing out were the antics of few individuals within the party and cautioned that they needed not go into the election divided.

“As the leader of the party in Anambra, I want to say that we support the choice of Mr Peter Obi. He is our son but we are here saying we are not aware of his nomination.

“We need to support him and the party,” he said.

Obaze said that the conduct of the governors who took off from the residence of Ekweremadu without meeting with party faithful who attended the meeting was most regrettable.

“I have heard corridor talks about passing a resolution to repudiate the selection of Obi as Atiku’s running mate.

“I hope that those who champion such cause will also have the courage to sign their names to the resolution so that in the fullness of time our posterity will appreciate our folly.

“If we lose the present opportunity to produce the vice president due to the whims of a few among us, Ndigbo will never recover the past and history will be unkind to us,” Obaze said.

MTN wins Telecom Company of the Year, four others at ATCON Awards