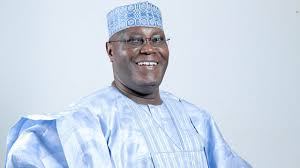 The groups, in separate interviews with SUNDAY PUNCH, also said they would make their support for the candidate of their choice public as soon as the Independent National Electoral Commission lifts the ban on campaign activities.

Afenifere, who spoke through its spokesperson, Yinka Odumakin, told one of our correspondents that the country could not develop unless it was restructured.

The group lamented that all efforts to engage the President Muhammadu Buhari’s administration on the need to restructure the country since 2015 had been futile.

Asked whether any political party had so far demonstrated commitment to the restructuring agenda, Odumakin said the candidate of the Peoples Democratic Party, Alhaji Atiku Abubakar, had been consistent in that regard.

“We have reached out to the Presidency through some of the governors who are close to him (Buhari) from the South-West.

“We drafted a list of leaders across Nigeria that the President should summon across Nigeria to discuss the issue of restructuring. Many months after, the governors did not get across to us probably because they met a brick wall.

“There is a consensus among leaders of the South-West, South-East, South-South, the Middle Belt and Arewa. We have said we will wait for the consensus candidate that would be produced by the CUPP to enable us to make our choice among the candidates.”

In a similar vein, Ohanaeze Ndigbo, the apex socio-political body of the Igbo, also said it would vote for any presidential candidate who showed a “sincere” intention to restructure Nigeria on assuming office.

The Deputy National Publicity Secretary of the group, Mr. Chuks Ibegbu, who spoke with SUNDAY PUNCH in Enugu, said the body planned to meet the candidates ahead of the elections.

The Ohanaeze spokesman added that besides restructuring, a presidential candidate who is ready to address the age-long marginalisation of the Igbo, would enjoy the backing of the pan-Igbo association.

Ibegbu stated that the Igbo were also interested in a presidential candidate who would implement the recommendations of the 2014 national conference.

He said, “Ohanaeze is not a political party but we are going to support and identify with anyone that will restructure Nigeria. Any of the presidential candidates that is genuinely and sincerely ready to restructure Nigeria will have our votes.

“Besides restructuring, there are other demands. Our youths are agitating for Biafra and that is due to the marginalisation of the Igbos over the years. We are politically, economically and infrastructurally marginalised and we want these issues addressed effectively.”

Also, the Pan Niger Delta Forum said it would support any presidential candidate who showed strong commitment to the restructuring of the country ahead of the 2019 general elections.

PANDEF, an umbrella body for elders and leaders of the various ethnic nationalities in the Niger Delta region, maintained that its position on restructuring of the country had not changed.

Speaking with SUNDAY PUNCH, the National Secretary of the group, Dr. Alfred Mulade, noted that topmost on the reasons the region would support any of the presidential candidates would be his commitment to restructuring.

Mulade disclosed that PANDEF, after due consultations with leaders and people of the region, would publicly endorse one of the candidates contesting the nation’s number one seat in 2019.

He said, “PANDEF met with 16 presidential aspirants before the parties concluded their primaries. What we put on the table is that we will support any candidate that has restructuring as the backbone of his administration.”

The PANDEF secretary added that such candidate must also agree that restructuring would be carried out within a specific timeline.

The ACF Publicity Secretary, Alhaji Muhammad Biu, who asked one of our correspondents to see him in the office on Friday for an interview on the issue, called to inform the reporter that he was on his way to Katsina State.

He demanded that the questions be sent to him which was done. He had yet to respond as of the time of filing this report.