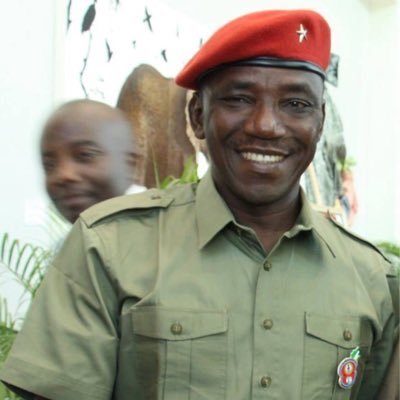 Minister of Youth and Sports Development, Mr Solomon Dalung, stated this in New York while presenting a paper on: ‘The role of youth in building sustainable and resilient communities’.

Dalung, who told participants at the Seventh Economic and Social Council (ECOSOC) Youth Forum at UN Headquarters, said the youth were now asking the elders for a space to participate.

This was just as UN Secretary-General Antonio Guterres stressed in a message to the event that “young people are leaders of today, not just tomorrow”.

Dalung said: “The ‘Not Too Young to Rule’ law in Nigeria is a demonstration of the Nigerian nation to open up the political space to accommodate the young people.

They are asking the business community – how are you mentoring us to ensure inter-generational transition? They are asking policy makers – why are you planning our future without consulting us?

“They are asking the United Nation: when will our space exist for us to participate”.

According to him, the case for urgent, participatory, and inclusive engagement with young people has never held as much potential for return as now.

According to him, young people, if empowered, either as individuals or through their organisations or work places, are productive force that can add positive value to their communities.

He said when a nation leveraged on the numbers of the young people, harness their productivity, channel their energies and exploit their potential, the nation reaps the dividends.

He called for a renewed commitment and attention to justice and equity from developed countries, saying they must ensure that their relationship with the developing countries are predicated on the principles of justice.

“They must therefore rise to demonstrate greater social responsibility to tackle unfairness and imbalance over their decades of exploitation of natural and human resources of the developing nations,” he said.

Dalung thanked ECOSOC for its continued partnership with the Ministry through the Economic Commission for Africa, in promoting the cause of young people in Nigeria.

“Apart from the many capacity building opportunities offered to my staff in the last decade, we have worked variously towards achieving the five priority areas on youth in the Secretary-General’s Five-Year Action Agenda.

“These are: employment and entrepreneurship, education, protection of rights and civic engagement, political inclusion and health, one of the last being the Regional Report on the Status of Youth in Africa.”

IPMAN to begin construction of $3bn refinery in two states…..produce 200,000 barrels of petrol per day