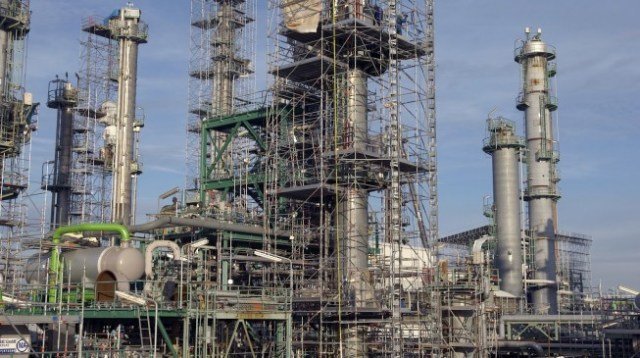 The National President of the association, Mr Chinedu Okoronkwo, made the disclosure in an interview with the News Agency of Nigeria (NAN) in Lagos on Wednesday.

IPMAN had in July 2014, acquired over 1,000 hectares of land to build refineries that would produce 200,000 barrels of petrol per day at Itobe in Kogi and Abbe in Bayelsa. Okoronkwo said the project which ought to have started two years ago was delayed, due to leadership tussle in the association, adding that the project would commence now that the leadership issues had been resolved.

The IPMAN boss said that the leadership of the association had commenced discussion with investors and technical partners on how the project could commence forthwith, noting that the association remained committed to the project. “Our N3 billion dollars refinery project would soon commence as we are discussing with our investors and technical partners.

“The project which was situated in Kogi and Bayelsa ought to have commenced but was deterred by the leadership tussle rocking the association but now that it has been resolved, I am pleased to inform the public that we will soon commence work. “We are pursuing it very strongly because we believe in the success of the refinery.

We bought 1,000 hectares of land in Kogi and Bayelsa, the states have been given approvals. “Once government approvals and consent have been given, we are ready to move to the site and commence production.” Okoronkwo said that foreign investors had conducted feasibility studies on the project in order to commence full operation.

He said that IPMAN’s aim was to contribute its quota as a stakeholder in the project to reduce the level of capital flight by foreign investors that characterised the oil and gas sector. “The cost of exporting crude oil and bringing back refined products will be reduced. “We want government to give us the necessary licences and ensure an enabling environment to operate.’’

Okoronkwo urged the Federal Government to invest more in modular refineries as a way to end fuel scarcity. He said that the modular refineries could help to address shortfalls in fuel supply, pending when additional refineries would be built. “It will also boost the country’s revenue generation and address frequent fuel capacity usually experienced during the yuletide seasons.

“Our expectation in 2018 is for the government to invest more on modular refineries to be able to have more petrol locally to address scarcity,’’ he said.

The IPMAN helmsman said that government had performed creditably well in the downstream sector in 2017, adding that it should crown it by building more modular refineries. According to him, a modular refinery is cheaper to build and it can move from one place to another.

“A modular refinery is capable of refining between 10,000 and 35,000 barrels of crude oil per day,’’ He also told government to provide incentives that would attract investors to the oil and gas sector.

Ekwueme was a deputy I trusted, says former President Shagari