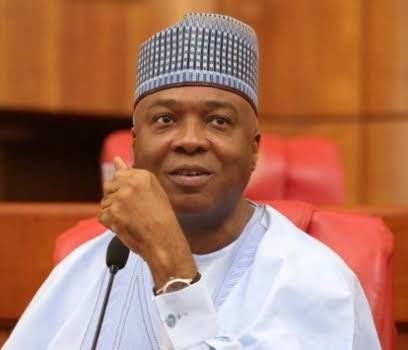 Mr. Saraki, a member of the ruling All Progressives Congress, APC, said report making the rounds that he will run for the presidency is false

In an interview with Daily Independent, Yusuph Olaniyonu, Special Adviser on Media and Publicity to Mr Saraki said there was no iota of truth in the report.

The Boss, a newspaper managed by veteran journalist and one time presidential candidate, Dele Momodu, had reported that Mr. Saraki will join the 2019 presidential race.

“The Boss can exclusively reveal that Senate President, Dr. Abubakar Bukola Saraki has joined the 2019 Presidential race,” the paper reported over the weekend.

“There is no doubt that he would be a formidable force that should not be ignored because only few politicians in Nigeria today have the pedigree, the experience, the clout and the connection of Senator Saraki.

“Impeccable sources reveal that as he plots his move for the Presidency, he is said to be considering building alliances with all Nigerians of like minds.”

But Mr. Olaniyonu said the report is false.

He said, “The report is false. If it is true that he is contesting, you would have seen the report it (sic) in major dailies since last week Saturday when the news broke out on social media. But as you can see, there is nothing like that,” Mr. Olaniyonu said.

The dismissed report also said that Mr. Saraki, a member of the APC, is considering adopting Deputy Senate President Ike Ekweremadu of the People’s Democratic Party, PDP, as his running mate.

“Having already exhibited the ability to work seamlessly with politicians from the two main political parties, it is a path he can easily thread,” the newspaper wrote.

In 2011, Mr. Saraki declared his interest to contest for the presidency under the banner of the PDP. He, however, stepped aside for Atiku Abubakar, the consensus candidate adopted by the northern aspirants in the party at the time.

In the run up to the 2015 general elections, Mr. Saraki and other aggrieved members of the then ruling PDP defected to the APC.

He would later join hands with other party members to unseat then incumbent president, Goodluck Jonathan of the PDP, and elect President Muhammadu Buhari into office as president.

Mr. Buhari has not officially declared his intention to run for another term but there are indications the president would seek reelection on the platform of the ruling APC.