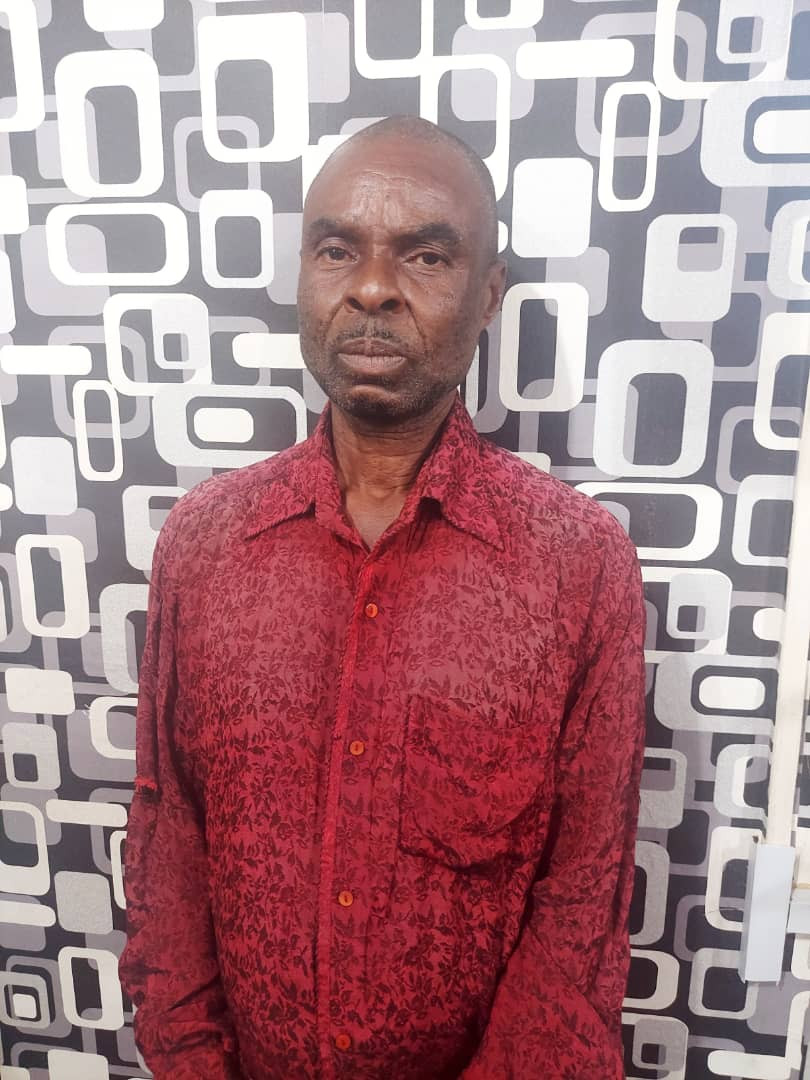 A 49 year old man, Ubong Williams Akpan, was on the 2nd of April 2021 arrested by men of Ogun state police command, for unlawfully having carnal knowledge of his 12 years old daughter (name withheld).

The suspect was arrested following a report lodged at Itele Ota divisional headquarters by the victim, who reported that her father has being abusing her sexually since when she was seven years old. She stated further that this has being going on for the past five years, and when she can no longer bear it, she decided to complain to the police.

Upon the report, the Dpo Itele ota division, CSP Monday Unoegbe detailed his detectives to the scene where the suspect was promptly arrested.

On interrogation, he confessed to the commission of the crime claiming that his wife is appearing too old, and she is no longer looking attractive to him.

Meanwhile, the commissioner of police, CP Edward Awolowo Ajogun, has ordered the immediate transfer of the case to family support unit of Ota area command for further investigation and prosecution.

He also directed that the victim be taken to the general hospital for proper medical treatment.