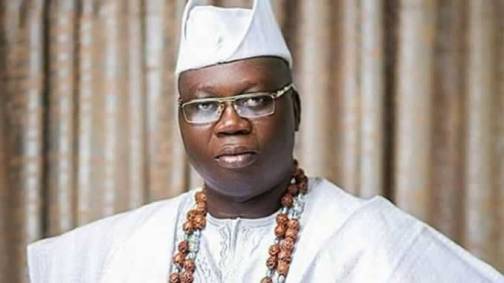 South-West women on Monday accused the Aare Ona Kakanfo of Yorubaland, Gani Adams, of threatening peace and security, obstructing justice, distorting facts and embarking on a campaign of blackmail.

‘’We will not fold our arms and allow Gani Adams to rubbish the good name and excellent track record Mrs. Ngozi Onadeko has built over the years’’ the descendants of Oduduwa said.

They also tongue-lashed Adams for his apparent disregard for law.

‘’ Gani Adams and his co-travellers are behaving like a pack of juveniles. They don’t mean well for this country’’

In a statement in Osogbo, the women praised Onadeko for her extraordinary courage and absolute understanding of security issues in Oyo State.

They accused Adams of pushing the real issues aside and employing sentiments and blackmail to explain the security situation in Oyo State.

The notable South-West women expressed delight and satisfaction with the high degree of determination so far exhibited by Onadeko to address the security challenges in Oyo State.

Signed by the Chairperson of Yoruba Women in Government (YWIG), Chief Fumilayo Adesanwo, the women commended the courage and patriotism of Onadeko to rid Oyo State of kidnappers, arsonists and other criminal elements.

The women underscored the shameful show of power, uncivilized tactics and the rights of citizens.

They condemned the uncouth language, arrogant demeanor and use of brute force by Gani Adams and members of the Oodua People’s Congress (OPC).

‘’Gani Adams did not put on his thinking garb before calling for the redeployment of the police commissioner. He is misinforming the people’’

Specifically, they took a swipe at the action of the OPC members in Kajola community, Ibarapa North Local Government, describing it as unacceptable.

The women further praised Governor Seyi Makinde for protecting the lives and property of the people of Oyo State.

They also urged the Inspector General of Police, Mr. Mohammed Adamu and the Police Service Commission to ignore Gani Adams.

‘’The South-West people are solidly behind Mrs. Ngozi Onadeko. We are very proud of her. She has given good account of herself in Oyo State’’ the statement added.

MAUREEN AND SOWORE, A DISGRACE TO JOURNALISM

49-year-old man arrested for allegedly defiling his 12-year-old biological daughter in Ogun; says his wife was becoming old and unattractive