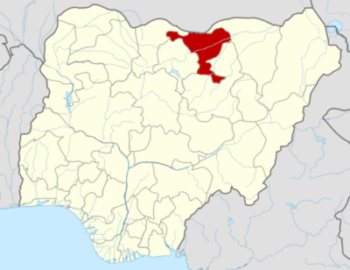 Alhaji Yusuf Babura, Executive Secretary of the agency, announced this while disbursing the money to the victims in Abanderi village.

An early morning fire had on Jan. 15, destroyed 36 houses, 46 silos and killed 40 goats and sheep in Abanderi village due to bush burning.

Babura said that the cash assistance was given to the victims after the agency had conducted an assessment of the level of damage caused by the fire.

He explained that each of the victims was given 20 per cent of what was lost to the inferno, depending on the level of damages recorded.

The executive secretary pointed out that the assistance was provided by the government to ease the hardship and suffering of the victims.

He, therefore, warned people in the state against carelessness in the use of fire, particularly during the harmattan.

“I want to use this opportunity to warn people, particularly rural dwellers, to desist from indiscriminate bush burning and careless use of fire, particularly during the harmattan period.

“This is because most of the houses and silos are thatched, and can easily catch fire any moment,” the executive secretary warned.

According to him, the advice becomes necessary to avoid fire disasters during the dry season, as most of the houses, particularly in rural communities are thatched, and could easily catch fire.

He stressed the need for continuous sensitisation and enlightenment of the public on the dangers of harmattan winds.

Some of the victims who suffered major losses in the incident include Alhaji Yusif Muhammad who received N400,000 as 20 per cent his loses; Malam Sa’idu Sulaiman got N122,000 and Abdullahi Abubakar got N98,000.

Others are Malama Bilkisu Kabiru, Malama Dije Garba and Halima Muhammad, who lost sheep and goats and received N10,000 each.

The victims commended the government and the agency for the kind gesture.

NAFDAC Director Calls For Establishment Of Test-Labs In States