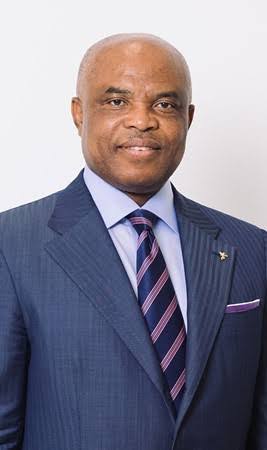 A Federal High Court in Lagos Monday refused an oral application by an oil firm Seplat Petroleum Development Company, seeking access to its accounts and offices which were shut by court order.

Access Bank, the plaintiff/respondent in the suit, recently secured the ex-parte Mareva Injunction from the court to shut Seplat’s premises and freeze its accounts in Nigeria and abroad, following an outstanding loan of about $85.8billion.

Justice Aikawa granted the interim preservative reliefs to preserve the res, pending the hearing and final determination of the motion on notice filed in the suit.

Upon being served with the order, first defendant Seplat filed an application dated 3 December, 2020 seeking to discharge the orders. The other defendants did same.

The court heard the applications last Thursday, in a proceeding that took more than five hours. It also heard Access Bank’s application for Interlocutory injunction.

While awaiting the court’s ruling on the applications, Seplat filed another application dated 12 December, 2020, also seeking to discharge or lift the same interim order.

But this was challenged by Ogunba, who described it as “bizarre, unknown to our laws, unprofessional, speculative and utterly presumptions of the reserved ruling of the court”.

At yesterday’s proceedings, Seplat’s Counsel, Mr Abubakar Mamood, SAN, prayed the court to grant his client access to the offices and the accounts that were frozen pursuant to the order of court.

He averred that Seplat had posted a bond of $20 million dollars as security.

But Ogunba opposed him. The Silk told Justice Aikawa not to fall for the temptation thrown to it “by the debtor” who, according to him, owed over $85.8b which was enough to float two banks successfully in Nigeria.

He contended that in view of the agreement taken last week and ruling reserved, no order can be made before the ruling is delivered in order not to pre-empt the outcome of the ruling.

Ogunba also prayed the court to refuse the application on the ground that it was not properly before the court, adding that the rules of court were meant to be obeyed with respect to making an application which must be filed formally.

The judge refused to grant Seplat’s application and assured that ruling on the applications earlier argued last week would be delivered on December 24.

The assets affected by the order include; 25, Lugard Avenue, Ikoyi, Lagos, 6, Agodogba Avenue, Parkview, Ikoyi, Lagos and the one at 11, Oba Adeyinika Oyekan Street, Ikoyi, Lagos.

Journalist, Femi Oyewale Blasts Maureen Badejo, “You are Too Small”