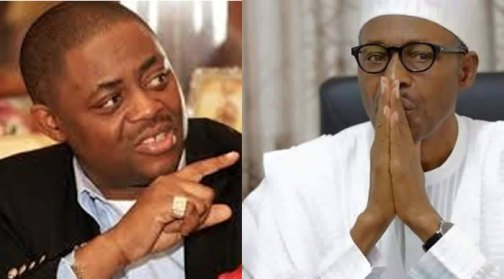 Buhari had on Tuesday said 90 per cent of all Boko Haram’s victims in the past years have been Muslims.

The president, in an article published in ‘Speaking Out,’ a guest opinion column for “Christianity Today”, said that the perception that members of the sect were always targeting Christians in Nigeria was not true.

“It is the reality that some 90 per cent of all Boko Haram’s victims have been Muslims,” Buhari said.

“They include a copycat abduction of over 100 Muslim schoolgirls, along with their single Christian classmate, shootings inside mosques; and the murder of two prominent imams.

“It is a simple fact that these now-failing terrorists have targeted the vulnerable, the religious, the non-religious, the young, and the old without discrimination, ” Buhari said.

Reacting to this development, Fani-Kayode said Buhari was lying about the matter as majority of communities being attacked were dominated by Christians.

“This is a lie.The overwhelming majority of communities that Boko Haram targets are Christian.The same with the Fulani militias.

“The killing of Christians in Nigeria is a common blood sport which shall continue as long as Buhari is President,” he stated.

Protest in Yenagoa after truck crushed 5 inside tricycle to death