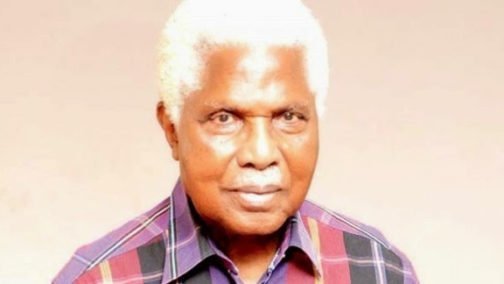 The Secretary to the Government of the Federation (SGF), Mr Boss Mustapha, made this known while briefing newsmen on Thursday in Abuja.

The committee, which was inaugurated on the December 15, 2017, has come up with a nine day long Programme for the burial.

The SGF described the first elected vice president of Nigeria as an accomplished Architect, Town planner, Philanthropist and politician.

Mustapha noted that the death of Ekwueme was a painful loss to his family and the nation at large, while announcing the details of the ceremony as follows:

On Saturday Jan.27 at 2.p.m, there will be a Memorial Service at St Marylebone Parish Church London.

On Sunday, Jan.28 at 6.p.m, there will be a Service of Songs and evening of tributes at the International Conference Centre, Abuja.

Similarly, on Monday, January 29 at 12 p.m., there will be a Parade of Honour at the Presidential wing, Nnamdi Azikiwe International Airport, Abuja, after which body departs immediately to Enugu and will be received by south-east governors at the airport.

On Tuesday, January 30 at 4.p.m, there will be a Service of Songs at Cathedral Church of the Good Shepherd, Independence Layout Enugu.

Accordingly, on Wednesday January 31 at 10.a.m, there will be South-East commendation service at Okpara square Enugu.

On Thursday, February 1 at 10 a.m., body departs for Awka at 12. p.m., there will be Anambra Commendation service at Ekwueme Square, Awka.

Also at 4p.m. body departs for Oko, Ekwueme’s home town and at 5.p.m, there will be service of songs at his residence.

Also, on Friday, Feb.2 at 8.a.m, there will be lying-in-state at his residence; and 11.a.m there will be the funeral service at St. John the Divine Church, Oko, followed by interment and reception.

On Sunday, February 11 at 9 a.m, there will be an outing service, at the St John the Divine Church, Oko.

The SGF, however, called on all professional groups and individuals whose lives and interests were impacted on by the departed statesman to be part of the burial ceremonies to pay him their last respect.