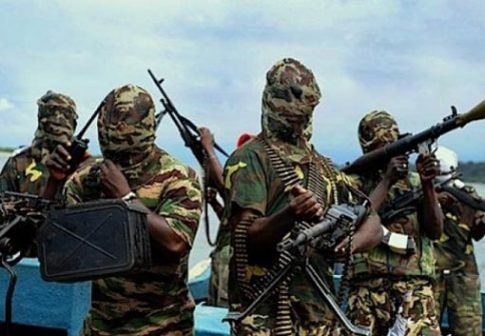 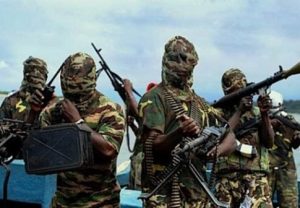 Coordinator, Presidential Amnesty Programme (PAP), Brig.-Gen. Paul Boroh has urged the Niger Delta Avengers (NDA) and youths of the region not to disrupt the prevailing peace in the Niger Delta Area.

Boroh, also the Special Adviser to the President on Niger Delta Affairs, made this call in an interview on Thursday in Abuja.

The NDA had in a post on its website threatened to launch a fresh attack on oil installations in the region.

The NDA said it would target several platforms and the FPSP on Total’s Egina field.

According to the militants, this round of attacks will be the most deadly and will be targeting the deep sea operations of the multinationals which include Bonga Platform, Agbami, EA Field, Britania-U Field, Akpo Field.

“Oil installations shall dance to the sound of the fury of the Niger Delta Avengers.”

While reacting to the recent threats by the NDA, Boroh said, “irrespective of our political, ethnic and religious affiliations, we must not forget that we are one people with one destiny.

“This means, we cannot move a step further if we are not told how precious it is maintaining the peace of the region and that of the nation.

“We are under obligation to do all within our power to see that nothing divides us in spite of our different political affiliations.”

The presidential aide said that he has been meeting with stakeholders from the region and also the Pan Niger Delta Forum (PANDEF) to strategise toward bringing lasting peace to the region, which he added should be everybody’s business.

According to him, maintaining the peace goes beyond speaking peace to upholding the values of the Niger Delta and patriotism which are key to the region’s stability.

“Let’s not destroy public facilities, for the fact that we are aggrieved in one way or the other should not give us the audacity to bomb oil pipelines.

“Researchers reported that such action will deteriorate the environment faster than we think, thereby causing the government undue pressure in replacing damaged infrastructures.

“Let’s say no to violence, let’s stop taking laws into our hands. There’s no good side of violence. Violence brings in tears and sorrow,” he said.

Boroh explained that violence is never an alternative and has never paid anyone in the past, and certainly would not pay anyone even now or in the future.

He, however, appealed to the NDA to therefore do away with all forms of violence and attack on pipelines.

The coordinator said the Federal Government would soon unfold the New Vision for Niger Delta Programme, which would provide mass jobs opportunities for the youths and help in boosting the development of the region

Alex Ekwueme To Be Laid To Rest On February 2