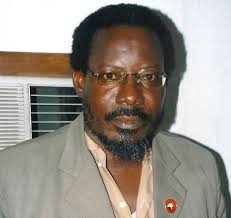 Executive Chairman of Centre for Anti- Corruption  and Open Leadership (CACOL), Comrade Debo Adeniran has disclosed that the outgoing Governor of Lagos State,  Mr. Akinwunmi Ambode performed creditably well through out the four years of his administration. The amiable social crusader and human rights activist disclosed this Wednesday in Lagos at the launching of Lagos Open Parliament 5.

In his speech Adeniran added that Governor Ambode was able to take governance in Lagos to the ordinary Lagosians and simplify the complex web of State administration without unduly compromising the financial profile of the State by external and internal indebtedness.

“It is no longer news that the outgoing government under Akinwunmi Ambode lost out in the power tussle of Lagos State; a situation many have attributed to his mismanagement of party politics with diverse power constituents in the State, especially with his godfather. In this latest edition of Lagos Open Parliament, we have consciously muted consideration for those factors that could necessarily have made an arguably, most performing Governor, not only in the history of Lagos State after Governor Lateef Kayode Jakande (1979-1983) but throughout the whole federation.

“His loss of second term or a renewed mandate served as the first of its kind for any Governor in Lagos State since  the advent of this democracy in 1999 till date. No doubt, this has set many tongues wagging, with many wondering whether performance or Delivery of Democratic Dividends matter any longer in determining political expediency or whether continuous remiss or reverence to party hierarchy should supersede loyalty to the electorates or the populace as traditional custodians of sovereignty,” Adeniran said.

He further stated that the achievements of infrastructural revolution in different sectors of the socio- economic realm of the State is tremendously mind boggling as well as unprecedented as not only chronicled throughout this effort but also being rehashed even now as the assessment goes on.