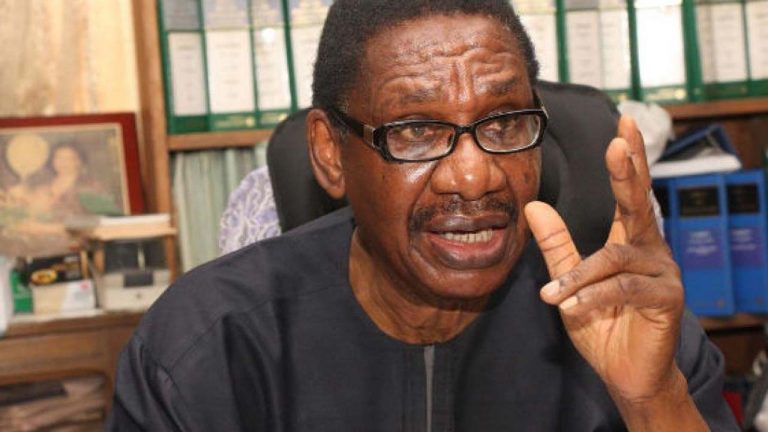 Since the emergence of Amotekun, mixed reactions have been trailing the security outfit.

It is on this note, Chairman of Presidential Advisory Committee against Corruption, PACAC, Prof. Itse Sagay, declared the establishment of Operation Amotekun by Southwest governors as legal and in line with their constitutional role as chief security officers of their states.
His position opposed that of the Justice Minister and Attorney-general of the Federation, Abubakar Malami, who declared the security outfit illegal.

Sagay in an interview said the Police lacked adequate manpower to effectively secure a country of nearly 200 million people, hence the establishment of Amotekun was in order.

“I am positively disposed towards it. I think it is a good beginning not to depend completely on the Federal Government for our security.

“We should begin to rely more and more on ourselves so that those who feel the pain are those who try to take control of the security situation.
“We know that the Police are few; they are stretched; we have about 250,000 policemen in a country of almost 200 million. So, I think these regional security institutions are necessary.

“I believe the police should cooperate with them and help with their training. And I believe eventually, they should even be armed so that we can have a lot more hands and local people involved in security.

“Perhaps that can lead to other benefits, such as economic cooperation and wealth creation; and gradually, we’ll begin to regain what we lost when we lost the regions in the 60s. So, yes, I support it.

“It’s not state police. I think the people who created it have been careful. Yes, there is a security outfit, but there is nothing in the Constitution that precludes either states or association of states from taking care of their security.

“There is this popular saying that the governor is the chief security officer of a state. That’s not an empty statement.
“They get a lot of money for security, and I look at this as part of the responsibility of the governors acting jointly to provide greater security in the Southwest.”