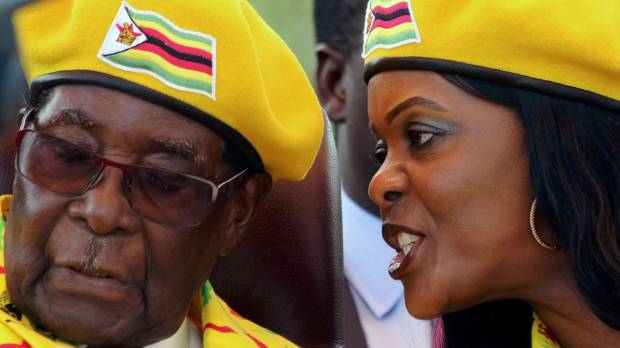 Zimbabwe’s military has confirmed that it had seized power in a targeted assault on “criminals” around President Robert Mugabe, but gave assurances that the 93-year-old leader and his family were “safe and sound”.

In a short broadcast on national television, which was seized overnight by soldiers, a spokesman for the military said it expected “normalcy” to return as soon as it had completed its “mission”

Zimbabwe is for the first time seeing an open rift between the military and the 93-year-old Mugabe after he fired his deputy and longtime ally, who had military support.

The country’s army has previously announced that “this is not a military takeover” and that Mugabe and his family are safe.

“We are only targeting criminals around him who are committing crimes that are causing social and economic suffering in the country in order to bring them to justice,” the army announced on state-run media. 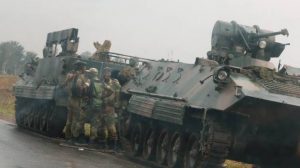 The announcement comes after a night of unrest with military vehicles in the capital and several explosions heard in the capital Harare as speculation a coup is being launched against long-time leader Robert Mugabe.

Several loud explosions echoed across central Harare after troops deployed on the streets of the capital and seized the state broadcaster.

The reason for the blasts was not immediately apparent.

The army statement says that “as soon as we have accomplished our mission, we expect that the situation will return to normalcy.”

Just 24 hours ago Chiwenga threatened to intervene to end a purge of his allies in the ZANU-PF party.

A Reuters reporter saw six armoured personnel carriers on thoroughfares on the outskirts of the capital.

The presence of troops, including the movement of armoured vehicles from a barracks northwest of Harare earlier in the day, sparked rumours of a coup against Mugabe, although there was no evidence to suggest Zimbabwe’s leader of the last 37 years had been toppled.

Ikoyi cash: We refused to pay whistleblower because he would go mad – Presidency