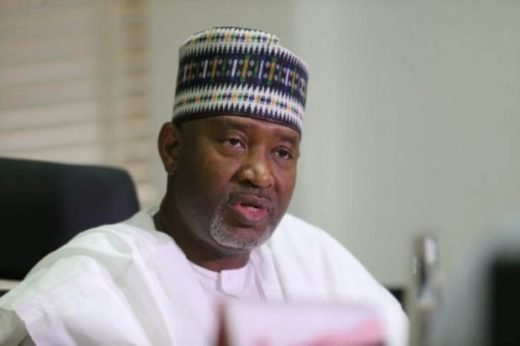 Minister of State for Aviation

Aviation unions on Wednesday commended the efforts of the Civil Aviation Authorities for the country’s retention of its Category One (CAT 1) status after another audit in the industry.

The unions are: the Air Transport Services Senior Staff Association of Nigeria (ATSSSAN) and the National Union of Air Transport Employees (NUATE).

The retention of Category 1 status follows a successful re-certification audit conducted on the nation’s aviation facilities by the U.S. Federal Aviation Administration (FAA).

A letter from the FAA Administrator, Mr Dan Elwell, was formally delivered to the Minister of State for Aviation, Sen. Hadi Sirika, by the Director-General of the Nigerian Civil Aviation Authority (NCAA), Capt. Muhtar Usman, on Monday.

A team of auditors from the FAA had visited Nigeria to audit the safety status of the country’s civil aviation industry in November 2017.

Ilitrus said he was happy that the country was able to retain the Category One status through the efforts of the Civil Aviation Authority and other sister agencies.

“I believe it’s a noble achievement for Nigeria; you will recall Nigeria is a Cat 1 country.

“We got certification in 2011 and we retained it and this time around in 2017, we went for another certification which Nigeria passed.

“It goes to show the depth in the level of compliance with the International Civil Aviation Organisation standard.”

Ilitrus was optimistic that the country would continue to sustain its efforts toward ensuring safe flight operations in and out of the country.

He said that the core essence of Category One status was to enable direct flight operations between any country and the U.S.

According to him: “If we don’t have the Cat 1, the carriers in Nigeria will not be able to fly into the continental United States of America.”

Ilitrus said that stakeholders were looking forward to other operators willing to fly into U.S. to initiate the necessary requests.

He said that NCAA could then follow up with the Federal Aviation Administration to resume direct flights between Nigeria and the U.S.

Abioye said that the retention of the status by Nigeria was a good one for the image of the aviation industry after going through the process of re-certification.

“The Nigerian Civil Aviation Authority has been trying, even though they can also do better.

“Given the state of criticism that we’ve received in the last couple of months.

“Poaching, stealing, pilfering and so on and so forth; but then the necessary standards are being maintained and sustained.

“So we have no doubt that Cat 1 will still be for us for a very long time to come.

“We will continue to improve.”

Abioye, however, said there was room for improvement, especially in the area of ensuring that all the airports were properly fenced according to ICAO standards.

The general secretary said that on daily and regular basis, people were still walking aimlessly and wandering at the airports.

He complained about the porous state of the airport.

“At any given time, if you stay in front of the aviation FAAN training school, you will see a lot of people trekking to the International airport unchecked.”

There are eight critical elements required to be fulfil before a country can scale the FAA audit.