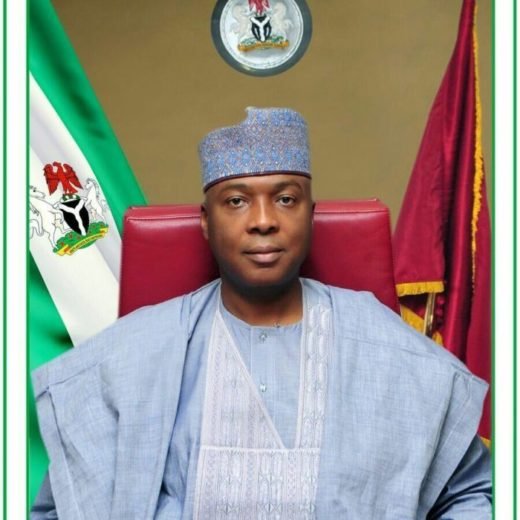 The President of the Senate, Dr Bukola Saraki, said on Wednesday that Nigeria has a viable economy and very safe for foreign investors.

Saraki made this assertion in Abuja at the opening ceremony of the 9th Africa Regional Conference by International Transport Federation (ITF) with the theme: “Transport Workers Building Power in Africa,“

The president of the Senate, who was represented by Gbenga Ashafa, Chairman Senate Committee on Land Transport, said for ITF to host the conference in Nigeria, goes a long way in showing how viable Nigerian economy is.

“It is very important to note that in any country transport workers are very important because you find them in all sectors for movement of human beings or goods.

“Nigeria being chosen, send a signal to the outside world that you can come to Nigeria to invest through foreign direct investment.

“Employment will go up; there will be an introduction of modern technology in our transport system, “ he said.

Saraki said the power and relevance of transportation and the transport sector all over the world cannot be overemphasised.

He said the sector plays a crucial role toward exploration and connection to the world for globalisation.

He said ITF and related bodies should create viable and realistic policies that are critical in reducing the frequency of strike among labour movement globally.

According to him, such require policies should cater for the welfare of transport workers by way of remuneration, working conditions, equipment and machinery for this to be achieved.

Mr Stephen Cotton, General Secretary, ITF said the conference was brought to Nigeria because of its strong affiliated unions and workforces in Nigeria.

He said ITF have over 20 million transport unions globally, with the regional conference held every four years.

Cotton said the conference was focusing on woman and youths with a discussion on workers welfare and more women involvement.

He said the railway bill is to bring in private participation in rail as the government improve what is on the ground, with a view to increase employment.

Ashafa said NTC bill was for intermodal transport, which will serve as a regulator and NRC as an operator.

However, Alhaji Najeem Yasin, the National President, Nigeria Union of Road Transport Workers(NURTW), commended the Federal Government for the laudable initiatives by the Ministry of Transportation.

He said some of the initiatives was promoting transport strategies and helping in reducing poverty and stimulating growth.

He said the purpose of the conference was to allow Africa affiliated unions to appraise the implemented regional work programme and identify the challenges ahead.