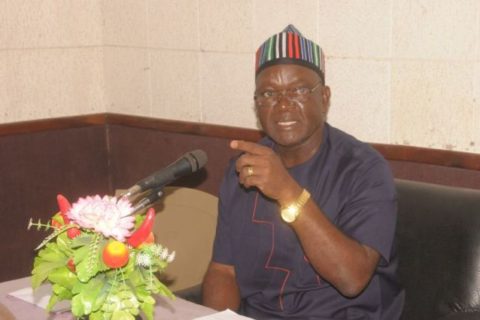 Ortom reported he received information that there were plans to attack his convoy on his way to Abuja and kill his security personnel, after which he would be kidnapped and tortured him to death.

According to him, the plan to kill him is because he dared to speak out over the invasion of communities and the series of killings in the state.

The governor added that as a result of the information, he had to take chartered flights to Abuja in some cases.

He decried that the flights were reportedly stopped from landing at the Makurdi Airport.

Governor Ortom blamed the insecurity in Benue on the inability of the government to arrest and prosecute those behind the attacks since the beginning of the year.

He said: “If those that perpetuate violence like armed herdsmen are arrested, prosecuted, jailed, or appropriate sanctions applied on them, it will serve as deterrence for those contemplating violence in the future.”

The governor, therefore, called on Nigerians to “use the 2019 elections to demand an end to the herdsmen’s aggravated violence.”