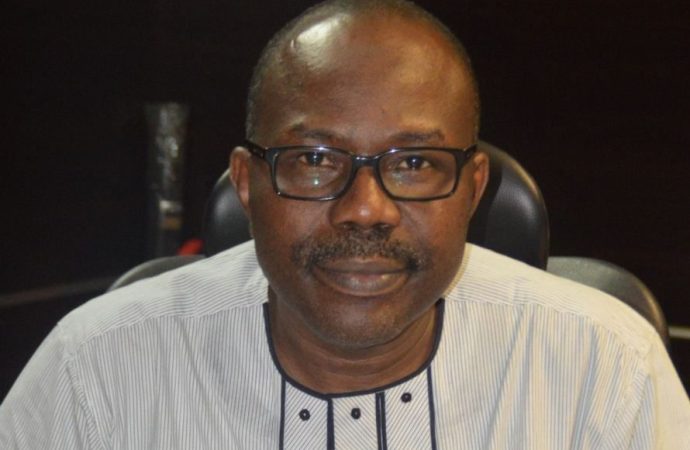 According to Banire, the three Senators are wasting their time! And dissipating energy on what they should not.

President Muhammadu Buhari, it would be recalled, chose Banire for the job, but subject to senate’s confirmation. This was on July 18.

But rather than support him, the three Senators, Olamilekan Solomon (Lagos West), Oluremi Tinubu (Lagos Central), and Gbenga Ashafa (Lagos East) are saying no to Buhari’s choice.

Reacting officially to them on Wednesday, July 25, 2018, Banire began by lecturing them thus: “In the first place, let me recognise the constitutional right of the three Senators to express their views without let or hindrance…

“It is part of the democratic tenets we all cherish and strive to protect at all times. Equally, because of the respect I have for the offices of the Senators, I will not join issues with them, particularly when it has become traditional and conventional for them to be objectors on occasions such as this.

“All I can say is that I wish them well and remind them that no dynasty or empire lasts forever. Whatever has a beginning will have an end.

“However, it is necessary to point out to interested/concerned members of the Nigerian citizenry that my nomination in the first place is not a quota appointment (as the three politicians and distinguished Senators may have wrongly perceived) requiring their special approval to deal with.

“I was nominated simply as a Nigerian in whom the appointer has a lot of confidence and who is prepared to give his all in service of his fatherland.”
Undone, the one-time Commissioner for Special Duties, Environment and Transportation reminded the Senators that something similar trailed the nominations of Olusegun Aganga (a former Minister of Trade and Industry), Babatunde Fashola (the current Minister of Works, Power, and Housing), and Musiliu Obanikoro (a former Minister of State for Defence), but eventually they all triumphed, “even when, unlike in my case, their Ministerial positions were constitutionally mandated to fill the Lagos State quota representation in the Federal Executive Council”.

In ending, he said, “I urge all my well wishers to remain calm in the face of this provocation as I am optimistic that the proper thing will ultimately be done by the Senate as has been done in the past. They should please not engage them on any street contest.

“Beyond the above, let me also state clearly that I am blessed with so many alternative contact addresses and consequently, do not desperately need a political job to survive.

“It is those who are professional politicians and whose survival depends on such that can be so threatened. Here I am, a professional in politics. Of course, if this is a continuation of the consistent harassment, intimidation and threat to gag my advocacy for good governance and the rule of law, the effect, unfortunately is otherwise.

“It strengthens me further and makes me resolute in my crusade. I shall continue to interrogate and agitate (for) issues of good governance and rule of law, regardless of whose ox is gored.”

Banire has been having a running battle with the Lagos State All Progressives Congress, APC, over what he tagged imposition of candidates and godfatherism.