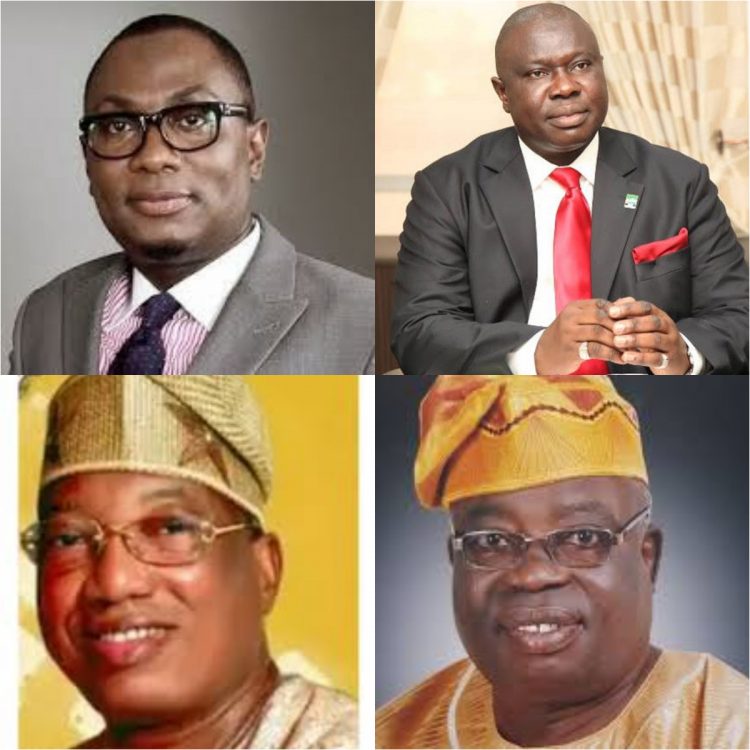 As the countdown to the determination of who occupies the seat of Lagos East Senatorial District at the upper chamber begins, there is a need to examine the gladiators in the race. Although the procedure requires the Independent National Electoral Commission (INEC), the agency saddled with the responsibility of organising election in Nigeria to announce when the election will take place. Of course, it cannot be earlier than 90 days after the demise of the late senator.

Although, the ravaging COVID-19 pandemic has been altering the programme of the electoral umpire; so many engagements have been put on hold due to the pandemic, including elections. You will recall that since the Senate President, Ahmad Lawan declared the seats of Bayelsa Central and Bayelsa West Senatorial Districts vacant in February, following the election of their occupants as governor and deputy governor of Bayelsa state, election dates have not been announced by the INEC. The governor, Sen. Diri Douye represented Bayelsa Central while his deputy, Sen. Lawrence Ewhrudjakpo represented Bayelsa West.

Analysts have predicted a similar delay in the conduct of by-election in the Lagos East Senatorial District, except there is pressure from the constituency and or the party, in this case, the APC.

Section IV of the 1999 Constitution of the Federal Republic of Nigeria (as amended), establishes the National Assembly, which has both the Senate and the House of Representatives. The Senate consists of 109 members, while the House of Representatives consists of 360-members. The role of the Legislature, according to the Constitution is mainly to make laws for good governance, peace, and welfare of the people while also serving as a check on the executive arm of government.

Senator Adebayo Osinowo, the late senator representing the Lagos East Senatorial District had passed on, on Monday, 15th June 2020. His death was reported to be due to complications from COVID-19.

He was buried the same day at his Ijebu-Ode residence. Since the passing of the former lawmaker, different political gladiators have been jostling to take over his coveted seat in the red chamber.

While the party is still in the mourning mood, considering the status of the late senator, there are indications that leaders are already silently canvassing for different candidates, a capable one that would be able to fill the vacancy. The parties have been looking for a sellable candidate, who apparently will be without blemish, considering the anti-corruption posture of Mr. President.

From the side of the APC, one of the prominent names on the list being mentioned is Adeyemi Ikuforiji, a former speaker of the Lagos House of Assembly. Aside from the fact that he was the speaker for 11 years, he also represented Epe.

There has been a debate that anyone who must occupy the seat should not be from Epe, because Epe division through Ikuforiji had 11 years of the top job in the state legislature. Another Epe man; Akinwunmi Ambode, the immediate past Governor of the state also served for 4 years, so they argued that for equity sake it won’t be wise to parade another Epe candidate for the Senate seat.
Another slag to the former speaker’s senatorial ambition is his impeding case with the EFCC.

Other names being mentioned are Dr. Tola Kasali and Chief Lanre Razak. Tola Kasali, a two-time state Commissioner, is a party chieftain and also worked closely with Asiwaju Bola Tinubu.

His performance as commissioner remains one to be admired. Kasali who also had a shot at the governorship slot had to step down for consensus candidate of the party. However, constituents have argued that age is not on the side of both Kasali and Razaq, they believe sending old men to the senate might be counter-productive.

Most people in the district spoken to believe that the choice of either Mr. Babatunde Gbadamosi or Dayo Bush-Alebiosu would be a plus for the zone, and an interesting contest. A community leader in the zone who spoke on the condition of anonymity said a contest between Gbadamosi of PDP and Dayo Bush of APC would be very interesting, they are both young and experienced.

Babatunde Gbadamosi, who recently returned to the PDP was a former governorship aspirant of the party. Although going by the performance of the PDP during the last election, it would be convenient to rule out their chances during the bye-election. This, as declared by a PDP leader, provoked the decision of the party to bring Gbadamosi back to contest the seat.

Princess Abiodun Oyefusi contested at the last senatorial election against Senator Osinowo. Dayo Bush on his side has very intimidating credentials, a wealth of political experience, and distinguished performance while at the National Assembly.

He was a two-term representative of Kosofe Federal Constituency, Lagos State, in the House of Reps. He is an Architect by profession, a profession he actively practiced before being appointed as Special Assistant to the Governor on Housing by the former Governor of Lagos State.

He was elected in 2007 to represent Kosofe Federal Constituency of Lagos State in the House of Reps in Abuja as a member of parliament and re-elected in 2011 and held the position till 2015.

Beyond all these, there has also been a valid argument that Kosofe should be made to continue the 4-year term of Late Senator Osinowo, who is also from Kosofe in the senate, these people are also of the opinion that someone with a rich legislative background and experience should be made to continue the term of Osinowo, not necessarily a starter who would be using a whole year to garner legislative experience.

This, they argue, may not augur well for the zone and the state in general.
However, underground horse-trading is currently going on to fill the vacant seat. But one thing is sure, the powers that be in the Lagos APC will decide where the pendulum swings.

Nigeria for the first time refines own gold, starts stockpiling in reserve